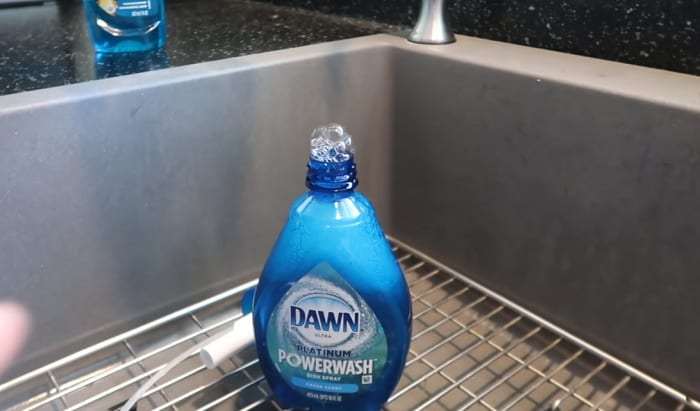 Moles can be pesky creatures. They dig tunnels underground, making it difficult to walk or run on your property. And their presence is not only unsightly but can also be dangerous if they start to burrow near your home’s foundation. So how do you get rid of these pesky creatures?

It might seem strange, but Dawn soap is actually a natural mole repellent and is very effective at getting rid of moles. Read on to learn more about how to get rid of ground moles with Dawn soap.

Moles can be a real nuisance. They dig tunnels underground, making it difficult to walk or garden in your yard. If you have ever tried to get rid of them yourself, you know that it can be a daunting task.

If you have a lot of grubs on your lawn, that’s going to attract moles. So get rid of the food source, and they will be less likely to come around. It is also an effective way to repel moles next to Dawn dish soap and castor oil for moles.

Step 1: Identify the areas where moles are active.

This can be difficult, as moles are subterranean creatures, and they don’t often come to the surface. However, there are a few telltale signs that you can look for: 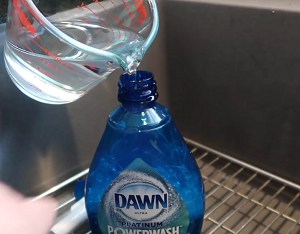 You can open the hose-end sprayer and pour inside around 5 ounces of castor oil, 2 tablespoons of Dawn liquid dish soap. Then, fill the sprayer with clean water.

Make sure to close the lid and shake the mixture for some minutes.

Step 3: Spray the areas where moles are active 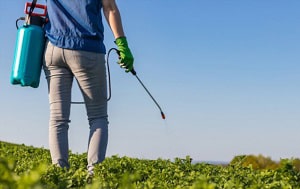 Spray the mixture around the perimeter of your ground, paying particular attention to any areas that seem to be frequented by moles.

Be sure to saturate the ground completely. The scent of the soap will repel the moles and keep them away.

You can repeat this process every few days or as needed until the moles are gone. You may also need to reapply after heavy rainfalls.

Step 4: After two weeks, dig up molehills and dispose of them

If the ground is still soft, you may be able to locate the tunnel entrance. If you find it, block it off with a rock or piece of metal so the mole can’t get back in.

Once the molehills are gone, continue to spray the areas where moles are active every other day for another two weeks. Doing this will help to repel any moles that are still in the area and prevent them from returning.

Additional tips on how to get rid of ground moles: 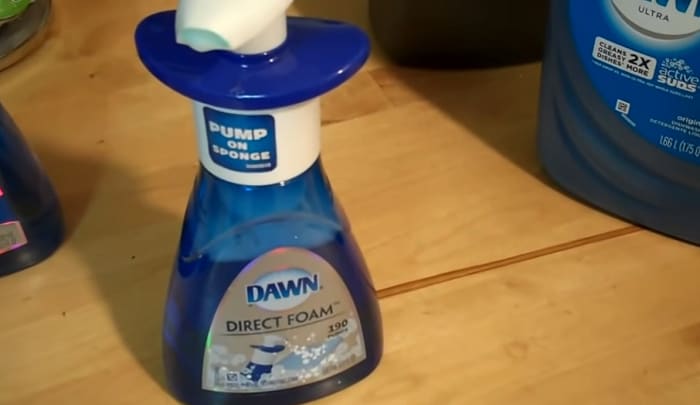 Is There Any Other Recipe for DIY Mole Repellent?

Homemade mole poison is also an effective way to get rid of these pests for good. Besides preparing Dawn soap and castor oil, you can add urine and ammonia into the mixture to create a disturbing smell that repels the ground moles.

How Does Dawn Dish Soap Get Rid of Moles?

Dawn dish soap is a powerful detergent known for its ability to remove grease and oil from surfaces. It contains biodegradable surfactants that help break down the surface tension of the water, allowing it to penetrate deep into the fur of the mole. Once it penetrates the fur, it begins to dissolve the skin cells, killing the mole.

If you’re looking for an easy and affordable way to get rid of pesky ground moles, Dawn dish soap may be just what you need. This step-by-step guide will tell you everything you need to know about how to get rid of ground moles with Dawn soap.

There are also some types of insects that destroy your garden. Let’s see each type and how to prevent them in the articles below:

Of course, we always recommend contacting a professional before attempting to remove any pests or animals from your property once and for all!

Can You Grow Pumpkins in Florida? Things to Know!

When to Plant Clover? – Best Time of the Year