When is It Too Late to Plant Grass Seed? Spring or Fall? 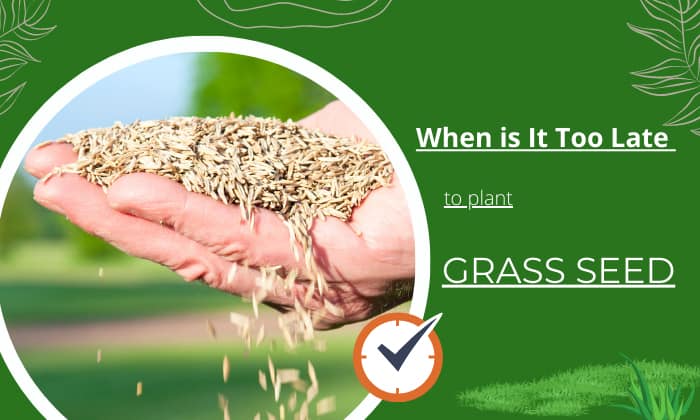 Healthy, green grass equates to a beautiful lawn. Yet to achieve the best-looking lawn, one must first ask themselves, when is it too late to plant grass seed? When is it too early?

Timing when to seed and sow is the most crucial step to growing grass, as you need to consider season-dependent weather and temperature conditions to optimize their growth potential. If you want detailed answers, read more below.

The answer depends on the type of grass you’re planting, as different species of grasses have specific requirements to grow optimally. 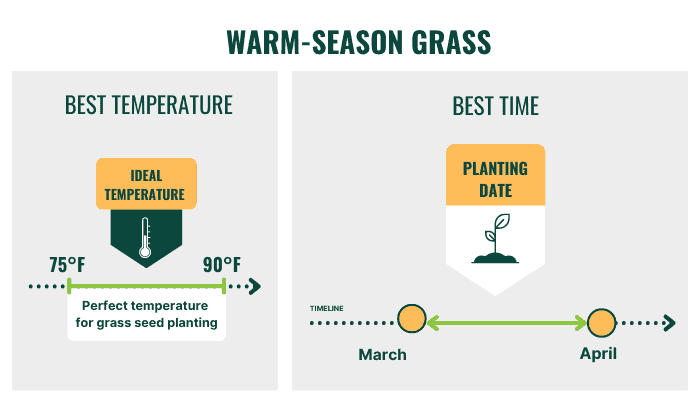 Some warm-season grass like Bermuda and Bahia grow mostly during warmer months like in June, in July, or in August.

Grasses that typically need warm temperatures between 75-90°F grow the most during summer months. As a result, they become dormant in cooler seasons which causes their brown color and ragged texture.

To take advantage of their prime growing months, warm-season grasses should be seeded just before the start of summer.

According to experts, along with the right soil preparations, the most optimal grass planting season for warm season grasses can be done in late Spring, specifically mid-March through April. In southern states, they can be done from March through August.

The negative effects of the cold season to grass blades and photosynthetic processes are usually gone by late Spring. Still, it must be noted that soil temperatures should not be under 65°F as the soil may still be too cold for the seeds to germinate in. 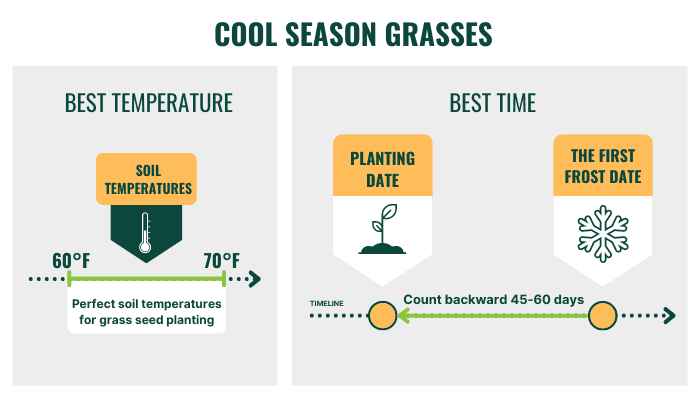 While others like Kentucky bluegrass and tall fescue require air and soil temperatures usually available in colder seasons like in the Spring or in the Fall to thrive.

As an example, if you plant grass in October or better yet, in September, you will have a luscious green lawn come late fall and even winter season.

Different states will have different fall frost dates, and the seeding schedule will be more catered to your location’s weather conditions.

Cool season grasses for seeding a lawn in fall require ambient soil temperatures (60-70°F) to be able to germinate.

What Happens if You Plant Your Grass Seed Too Late? 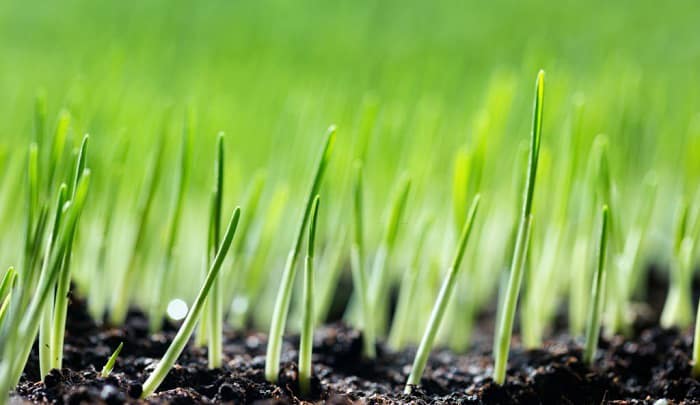 You might ask yourself, “Is it too late to seed my lawn?” as colder months approach. Planting too late results in seeds refusing to germinate and seedlings refusing to sprout.

This ultimately means you just wasted time, money, and energy in your lawn.

For warm season grasses, the latest to plant grass seed is in late Spring, because come early Summer, temperatures may already be too high for germination. After all, even warm season seeds may be killed by high temperatures.

When to Plant Grass Seed in Each Growing Region?

To have a general idea which grass types can thrive in your location, you may use this website for your reference. Identifying your location’s hardiness zone is important so you can plan your ideal grass type and seeding schedule.

The USA’s hardiness zones are generally divided into three:

Seeding of cool season grasses in transition zones like in Kentucky would need to be adjusted accordingly.

Usually, an adjustment of one month after the typical seeding schedule in cool zones would be enough for cool zone plants to thrive in transition zones.

For example, seeding of cool season grasses in a cool zone like in NJ are typically done from August to September.

Using the adjustment rule, seeding of cool season grasses in transition zones would then be ideal from September to October. 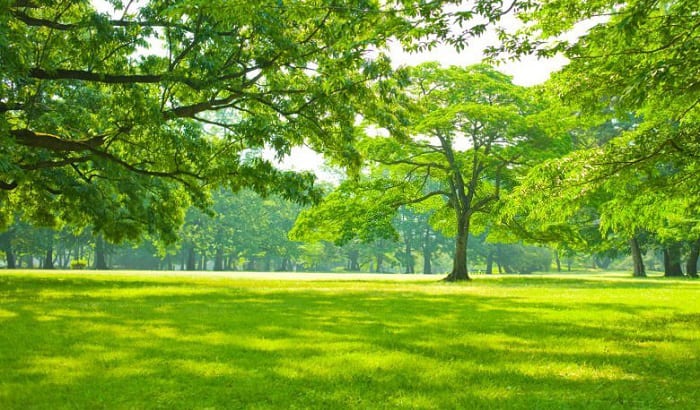 Is it too cold to plant grass seed at 40F?

Yes, it would already be too cold to plant grass seed at 40°F. The soil may already be too frosty and may have already hardened. In this case, it would be too difficult for the seed to germinate.

The most optimal soil temperature for grass seed planting is from 50-60°F. Conversely, once temperatures reach 77°F and above, it might already be too hot to plant grass seed.

Can you put down grass seed in the winter?

Even though seeding in winter has its risks, you can still put down grass seed during this time. Gardeners call this method dormant seeding and it is usually done to help thicken lawns. The dormant seeds don’t germinate until Spring.

Furthermore, visit our posts for more on the best time to plant grass seeds in Michigan, Ohio, and North Carolina.

In conclusion, the answer to when is it too late to plant grass seed? depends entirely on the type of grass you’re planting. You would need to first know which types of grasses thrive in each season and schedule the seeding from the time the air and soil temperatures become optimal for germination.

Generally, seeding can be done 60 days prior to a grass type’s growing season. Knowledge of your location’s hardiness zone is also important in identifying which grass species will thrive the best in your lawn.