When to Plant Alfalfa? – The Best Time for Seeding 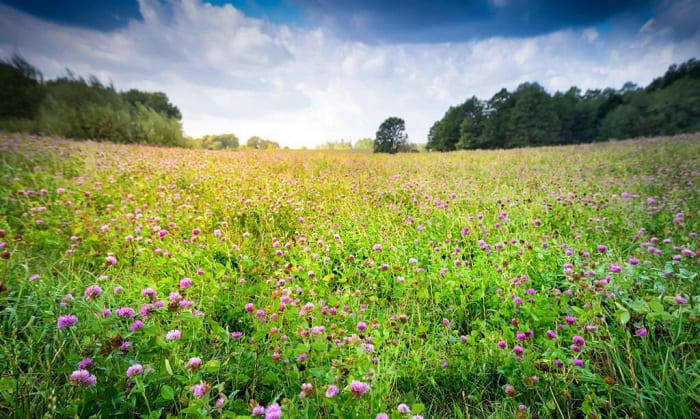 One of the most valuable crops in the US, alfalfa is grown in many regions of the country, such as in California, Nevada, Wyoming, and in Missouri.

The reasons for this popularity are numerous, as alfalfa reduces the need for nitrogen fertilizers and contains many minerals, making it an effective soil amendment and animal feed at the same time.

If you wonder when to plant alfalfa, do so in the fall or spring for optimal growth. Read below for more details. 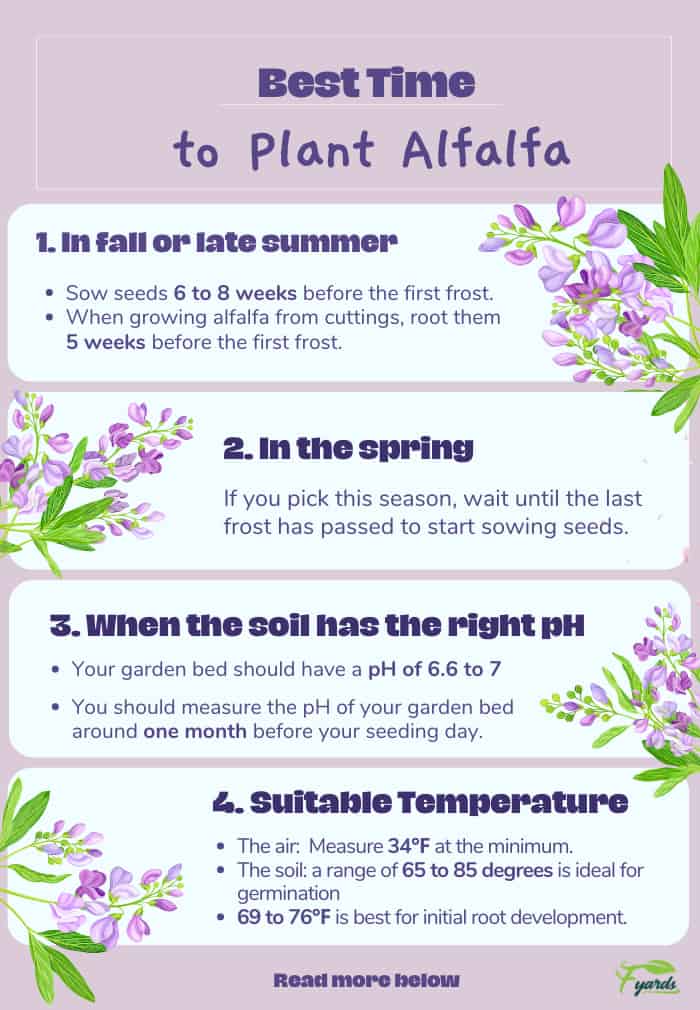 1. In fall or late summer

Autumn is the best season for growing alfalfa, especially if you live in a warm climate. The reasons are:

Now that you know the advantages of seeding alfalfa in autumn, narrow down your gardening schedule by following the tips below:

For instance, Chickasha in Oklahoma has its first ice on October 27. Therefore, residents in this area can plant alfalfa on September 1 or 15.

If we use Chickasha as an example again, the time for rooting would be September 22.

Aside from the fall, another excellent time for alfalfa planting is spring. If you pick this season, wait until the last frost has passed to start sowing seeds.

For example, because Michigan has its final frost on April 15, gardeners who grow tomatoes for spring can do so on April 16. Click here to learn more details about the best time, suitable temperature and other factors.

3. When the soil has the right pH 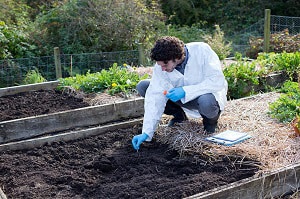 Aside from the planting dates for alfalfa, it’s vital to take note of the soil condition for ideal plant development. Specifically, your garden bed should have a pH of 6.6 to 7 —the best range for alfalfa.

Because soil additives take around three weeks to work, it’s best to measure the pH of your garden bed around one month before your seeding day.

If the ground is too alkaline or acidic and you don’t amend it early enough, your planting season may be cut short, or worse, you may miss out on it altogether.

4. When the temperature’s right 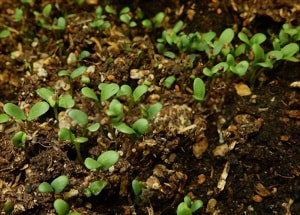 It’s essential that your gardening space has the right alfalfa growing temperature. Otherwise, the plant won’t thrive at all.

In detail, the air should measure 34℉ at the minimum. As for the soil, a range of 65 to 85 degrees is ideal for germination, while 69 to 76℉ is best for initial root development.

If your garden bed meets the above requirement (measuring 65 degrees), sprouting will occur within two days. Otherwise, the standard alfalfa germination time is seven to ten days.

What Are the Hardiness Zones for Growing Alfalfa?

Alfalfa can grow in many places across the United States, from hardiness zone 2 to 9. To determine whether your city or county suits this plant, visit planthardiness.ars.usda.gov and look up the map for your locality.

For example, residents in Virginia can plant alfalfa, since the entire state falls within zone 5 to zone 8. Similarly, people living in Georgia can grow this crop as well, given that the region has zone 6 to zone 9. 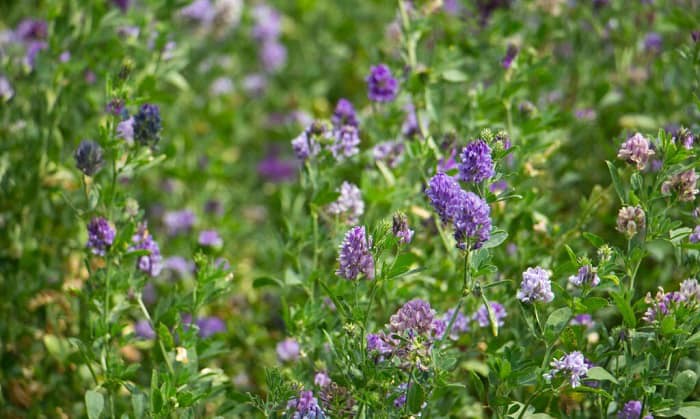 Also, they should receive six to eight hours of full sun per day and sit in well-draining loamy soil. 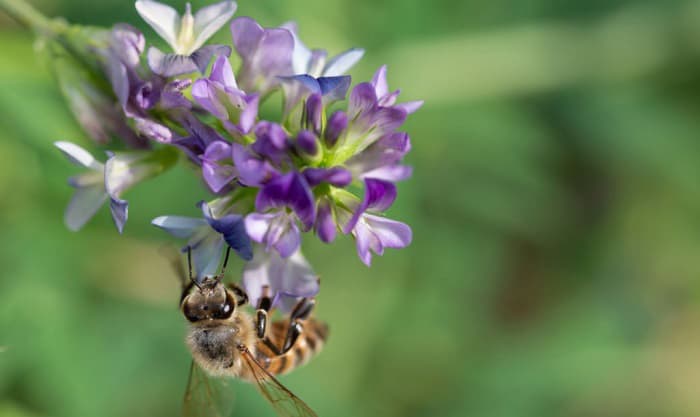 What is the latest date to plant alfalfa?

If you follow the guidelines above on frost dates, you’ll have no trouble growing alfalfa in a timely manner. That said, if you want more tips, here are the latest planting times for different regions:

Does alfalfa grow back every year?

Yes, alfalfa will regrow every year because it is a perennial. That said, if you cut the plant to control weeds, make sure to leave at least one set of leaves. Otherwise, alfalfa’s development will be halted.

How long does it take alfalfa hay to grow?

From the moment of sprouting to the first harvest, alfalfa hay will need 60 days to finish maturing.

However, between the first harvest and the second one, 25 to 30 days are all it takes. The same length of time needs to pass before the third harvest arrives.

Knowing when to plant alfalfa is necessary, whether it is used as a cover crop or as cattle feed. After all, adverse weather conditions can kill this legume if you’re not careful.

Hopefully, this guide helped you determine your alfalfa seeding dates. Do you have any tips to share in caring for this plant? We’d love to hear from you.

When to Plant Potatoes in North Carolina? (Best Time)

When to Plant Strawberries in Georgia to Grow Faster?

When to Plant Coneflower Seeds for Big Blooms?

How Late Can You Plant Sunflowers? Things to Know!

How to Know When Potatoes Are Ready to Harvest?

When to Plant Potatoes in Pennsylvania? & How to Plant?

When to Plant Tomatoes in Oregon? Things to Know!

When to Plant Fall Food Plots? Is It Too Late Now?

When to Plant Sunflowers in North Carolina? (Best Time)

When to Plant Onions in Texas? And How to Plant?