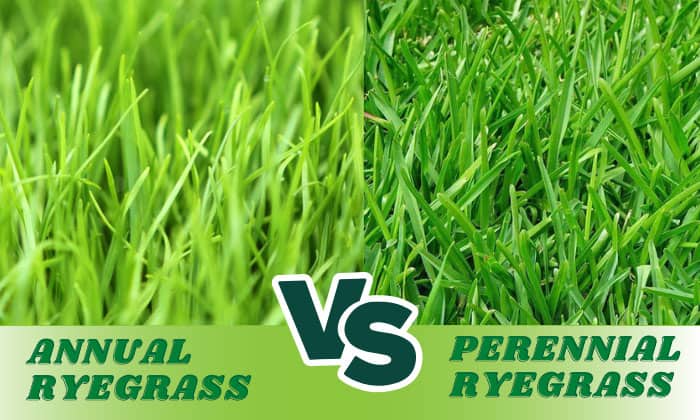 Does your warm-season grass go dormant in winter? Do you want to maintain that lush green lawn throughout the cold months? If your answer to these questions is “yes,” consider planting ryegrass.

Ryegrass, whether annual or perennial, makes for high-quality cool-season lawns that withstand foot traffic well, a reason we often see it in sports fields. But to enjoy its benefits, you must know when to plant annual and perennial ryegrass.

In short, gardeners should grow both types of ryegrass in the fall, around August to November, in best-case scenarios.

Spring is also an excellent time, especially with the implementation of frost-seeding – the practice of utilizing snow for burying seeds into the soil. If you pick this season, plant ryegrass around late February to April.

When to Grow Annual and Perennial Ryegrass 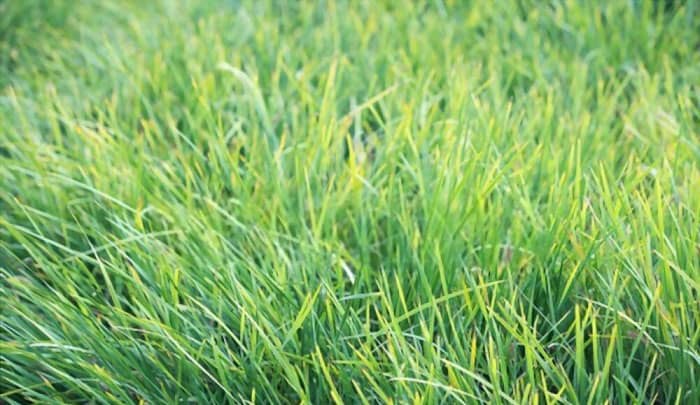 1. Plant annual and perennial ryegrass seed before the first frost

To give ryegrass sufficient time to establish, you must seed it at least one month before the first frost, though two months or sixty days are ideal. 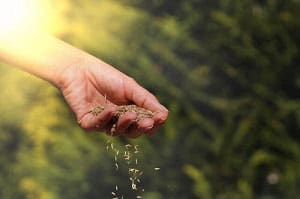 Following these examples, you can look up the first fall frost in your area and calculate the seeding date. At the same time, it’s essential to remember the following: 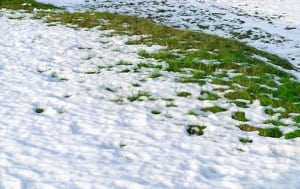 Whether planting annual ryegrass or its perennial counterpart, you should practice frost-seeding.

In doing so, keep track of weather forecasts and pick a time when temperatures are sub-zero at night but warmer during the day. Doing so will help you narrow down the sowing date and not solely rely on our estimate above.

Moreover, keep in mind these tips:

The guidelines above should prepare your ryegrass for sprouting come springtime. The germination temperature here mirrors what we stated above, but since spring is closer to summer, you should be mindful of higher temperatures.

Specifically, annual ryegrass die at 80 degrees or higher, while perennial types suffer the same fate at over 100 degrees. This is the reason it’s unwise to grow them in summer.

Pros and Cons/Differences of Perennial Ryegrass vs Annual Ryegrass

The pros and cons of ryegrass depend on which variety you’re growing – perennial or annual. Check out the facts below and see which type matches your preferences more.

Regarding weather tolerance, both ryegrass types have their benefits. Despite their somewhat similar temperature limits, perennial varieties have a slight edge under hot weather, though both suffer under excess heat. However, annual ryegrass is slightly hardier (withstanding cold down to zone 4 vs zone 5 for perennial types).

Another area to compare perennial vs annual ryegrass is texture. The former is finer, so it doesn’t need to be trimmed as short as the latter to discourage weed.

Plus, perennial grass also looks better after frequent cutting, while its counterpart often appears thin and lifeless after a year, if its life cycle has not ended by then.

Does annual ryegrass come back every year? No, it does not, except if grown in places like the northeast US, where it can live for two years instead of the usual 12-15 months.

True to its name, perennial ryegrass comes back annually, so it has more longevity as a turf than its counterpart – typically up to 6 years. So, expect this type to thrive for many seasons.

One way to separate annual vs perennial ryegrass is by considering their costs. The former is less expensive upfront, but the seed purchases can add up if you plant it year after year.

On the other hand, price differentials may not matter much to gardeners who are growing ryegrass once only.

It’s clear from previous sections that both ryegrass varieties are distinguishable from one another. Here are other attributes you can remember to differentiate them, plus a few of their commonalities as well. 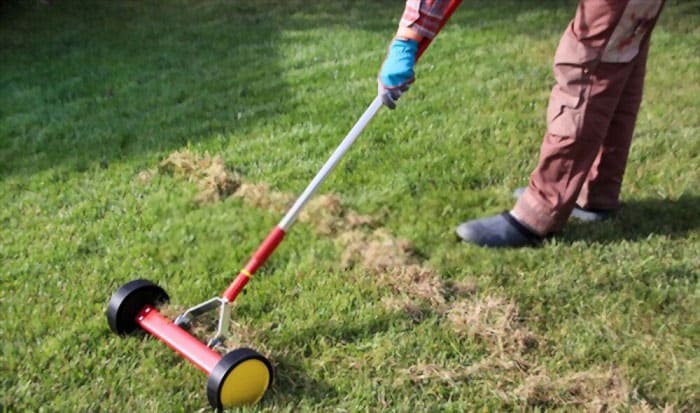 Since fall is the ideal growing season for ryegrass, we’ll start with the autumn months.

Dethatch your lawn to prepare for planting. Once done, sow seeds at a rate of 0.5 to 1 pound every 100 square feet for annual ryegrass, or 1 to 1.5 pounds per the same area for perennial varieties.

Note that these estimates apply to lawns with Bermuda grass. You should check your present grass type and adjust accordingly.

Afterward, make sure the seeds are not vulnerable to floods by raking the ground, then water the soil down to a depth of one inch.

Irrigate the lawn up to four times a day during the first ten days, or until the seeds germinate. After that, decrease watering to once every three days in October and once at least every seven days for the next month.

As necessary, trim your grass when it gets taller than two inches. Don’t forget to check the garden for weeds as well, around six weeks before the first frost.

If there are any, remove them using a weed-and-feed product. This item will act as a fertilizer at the same time to help your grass grow.

As the season progresses, carry out aerating and dethatching if the soil becomes too compact or the lawn gets too thick. Make sure you remove all detritus as the cold season approaches.

Continue to mow the grass as instructed. At this point in time, you can reduce the watering frequency further, down to once every two weeks in December plus January to once every ten days in February and every seven days in March.

Since you’re overseeding your lawn here, avoid fertilizing ryegrass in March, so it won’t compete with your warm-season turf. 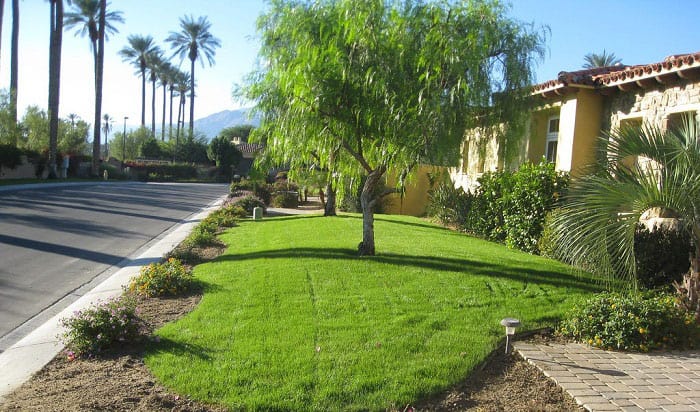 Should I use annual or perennial ryegrass?

The answer depends on what you value. If you only need something that lasts a year, then annual ryegrass is the way to go. However, if you prefer your lawn to flourish for seasons on end, pick perennial.

I could go on and on by mentioning other criteria like disease resistance and texture, but it’s best if you read the pros and cons above and make your decision.

How late can you plant annual ryegrass?

You can plant as late as November in the fall or winter and up to April in spring, though these estimates depend on the cold weather where you live. For instance, in certain parts of the UK, it is possible to grow ryegrass in December if the first frost is in January.

Hopefully, you now know when to plant annual and perennial ryegrass. Both have their advantages, and no matter which type you choose, it will grow quickly and add vibrancy to your winter garden.

Should you have any questions regarding this topic, feel free to send us a message. For now, have a nice day!

When to Plant Sunflowers in North Carolina? (Best Time)