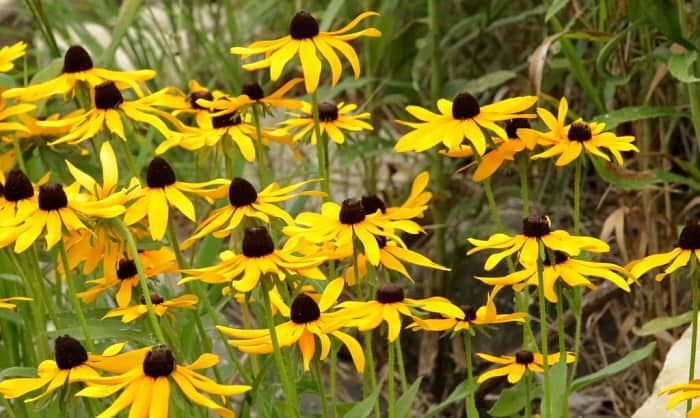 Black-eyed Susans are known for their vibrant look and ability to complement many plants, such as coneflower, zinnia, and yarrow. Growing these yellow flowers is a wise choice if you want to brighten up your yard.

So when to plant black-eyed Susan seeds? The black eyed Susan season can be either spring or fall. Read below and learn how to cultivate this flower. 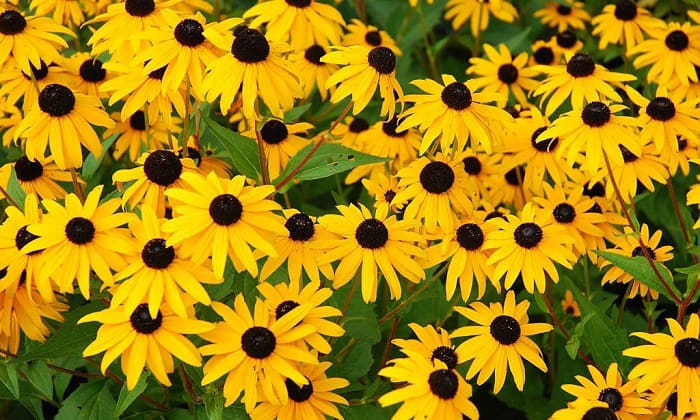 Black-eyed Susans need a period of cold treatment to sprout, and for autumn planting, this treatment can be provided in the form of winter sowing.

In detail, it is best to grow black eyed Susans six weeks before the first frost. When you do this, they will overwinter and then bloom in spring. In fact, these flower seeds need to experience at least three months of sub-40-degrees temperatures from the moment they’re planted.

Hence, you should look up your first frost and sow them outdoors following the timing recommendation above. Typically, it should be around mid-fall.

Here are some quick tips on how to winter sow black-eyed Susans:

Another time for planting black eyed Susans is spring. Similar to fall planting, you need to put the seeds through a period of cold treatment or stratification – in other words – refrigerate them.

In practice, the requirement for this task is somewhat similar to winter sowing.

You should find a bag, fill it with wet sand and black-eyed Susan seeds, then refrigerate the whole thing for three months at 40℉ or lower. Note that for indoor planting, it’s possible to put the seeds in pots first before bagging them.

Then, remove the seeds from the fridge four to six weeks before the last frost to plant them indoors.

Alternatively, keep them in cold storage until frost has passed before sowing the seeds outdoors directly.

Either way, the transplant and outdoor sowing time are the same (after the last frost). 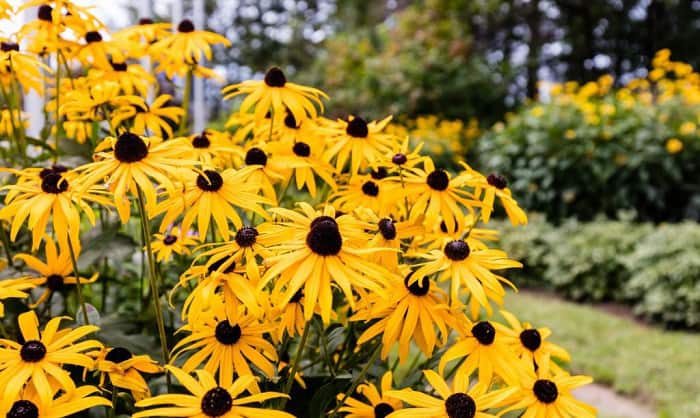 1. How to choose black-eyed Susan seeds

2. Where to plant black-eyed Susans

3. How to plant black-eyed Susans

First, set up your milk jug just like we described above. Once spring comes, you can move the jugs to a sunny location. Then, as the weather warms up and the seeds germinate, dig up the seedlings and put them into the garden bed.

Alternatively, you can skip the milk jug and just sow seeds directly into the garden bed. Follow the seeding rate of six seeds for every square foot, and apply 2 inches of compost onto the soil.

Should I soak black-eyed Susan seeds before planting?

No, you should not soak them. These seeds need moist soil, yes, but soaking them is unnecessary.

On the other hand, if you grow Susan vine plants, soaking the seeds before planting will accelerate sprouting.

Does black-eyed Susan plant come back every year? When will they come up?

Whether a black-eyed Susan plant comes back annually depends on its variety. If you grow perennial seeds like the Gloriosa Daisies, then yes, expect them to flower yearly. An annual, however, will only bloom once.

As for when they come up, it takes around a week for black-eyed Susans to sprout (not including the stratification time), and flowers tend to appear in June to September.

Will black-eyed Susans bloom the first year from seed?

Black-eyed Susans often don’t bloom until the second year of planting, since many places such as Vermont sow them as biennials.

However, if the growing season is long enough and you plant Rudbeckia at the right time (e.g., seeding happens indoors at least 6 weeks before the last frost), you won’t have to wait two years for flowers.

In Florida and Georgia, for instance, Rudbeckia hirta may bloom right within the first year.

How to plant black-eyed Susan roots

Hopefully, you now know when to plant black-eyed Susan seeds.

They produce gorgeous flowers, and it’s not tough to grow them either since they don’t have that many pests or diseases.

What’s more, if you live in a northern state, these plants can be wonderful additions to your garden. Unlike other flowers, you won’t need to worry about winter temperatures killing Rudbeckia.

Have you sowed black-eyed Susans before? If you haven’t, how about growing them next spring?