When to Plant Potatoes in Arkansas? (Best Time in 2023) 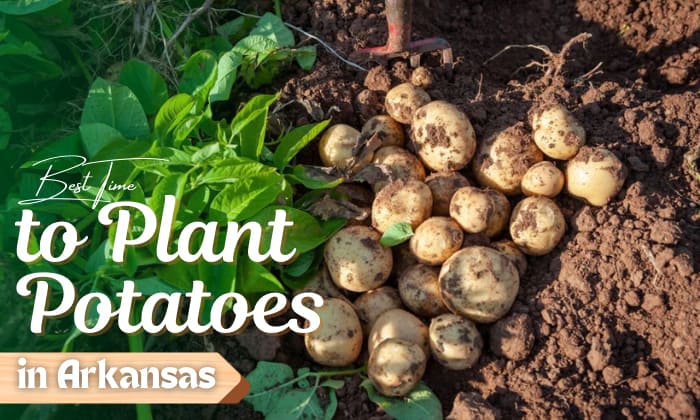 Potatoes don’t require heavy machinery or huge spaces to spread, so pretty much anyone can plant them.

Unfortunately, these cool-season crops can’t handle heat very well and tend to decline in production if temperatures reach 80 degrees Fahrenheit. This brings us to our next question: when to plant potatoes in Arkansas to avoid such a problem?

Generally, the planting season for these tubers is around February 15 to early March in southern parts of the state. For northern areas, gardening begins right after, in early March to April.

Note that aside from spring, growing potatoes in the fall is possible from July 15 to August 1.

When to Grow Potatoes in Arkansas 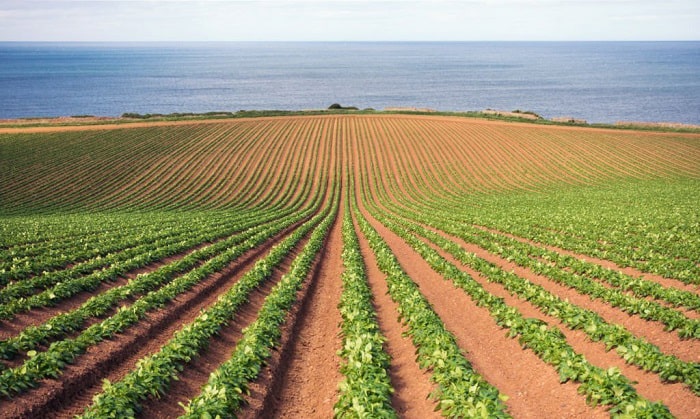 Before growing potatoes, follow these guidelines to schedule your gardening:

As an example, Bentonville, Arkansas in zone 6 has its final frost on April 19. Here, gardeners can seed potatoes on April 20 or May 3 to be safe.

And because Bentonville’s first frost falls on October 20, its latest potato planting time will be June 2 to August 6, depending on the crop variety and how long it takes to mature. Generally, potatoes will finish growing in 75 to 140 days.

So, whether you can grow potatoes in June, July, or August hinges on your chosen cultivar and when winter arrives. 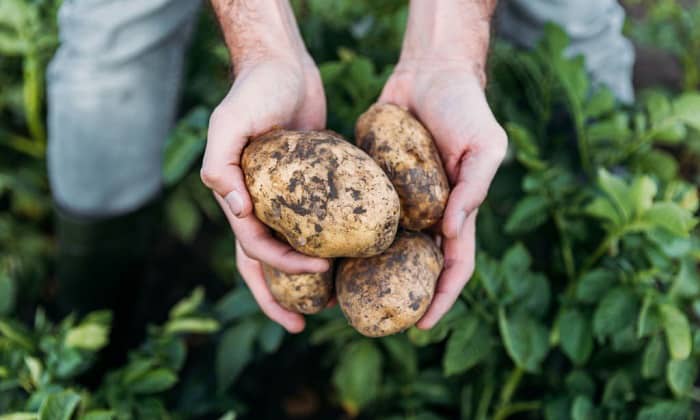 If you’re unsure when to harvest potatoes, look for the following signs:

To make things easy, you can also calculate your harvest time – simply add the plant’s days to maturity to your seeding date and wait.

As for how to collect potatoes, here are some tips: 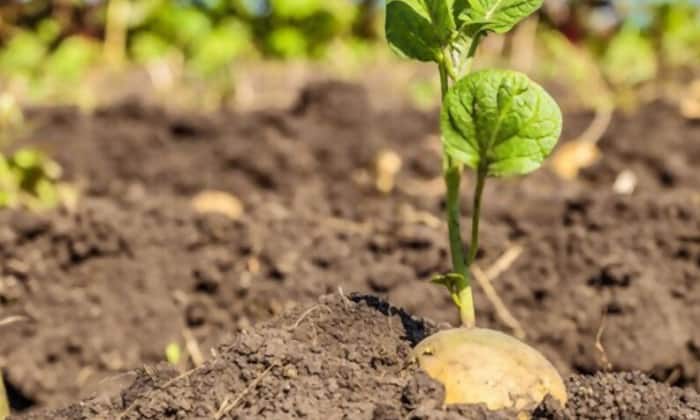 How deep do you plant potatoes in Arkansas?

You should plant them at least two inches deep, though four-to-six-inch trenches are also fine. As the tubers grow and become larger, hill them up with a foot of mulch or straw.

Can I plant potatoes in March in Arkansas?

Yes. Since many parts of Arkansas have their last frost in March, planting potatoes during this month is fine. For instance, Gosnell in zone 7a welcomes its final frost on March 27, so it’s okay to seed potatoes here in late March or early April.

What are the best days to plant potatoes in February?

The answer would change depending on where you live, but generally, February 1o to 17 are the ideal dates for growing potatoes.

Of course, we assume that the weather has warmed up by then, and the soil is workable. In states where the last frost is in April or May, it’s impossible to garden this soon.

To give you some examples, February planting is only possible in warmer states like Georgia, Alabama, and Texas.

When to plant sweet potatoes?

We recommend growing sweet potatoes after the last frost or, to be safe, a month after it. In Arkansas, the gardening time for these crops would be from April 15 to May 20.

What are the steps for growing purple potatoes in containers?

To begin, cut the seed potatoes into small pieces. Each piece should have at least one eye or small bump, which is where a new plant will form. You can skip this step if the potatoes are already egg-size.

Assuming you have the potatoes dried and cut, now is the time to chit them. Put the sliced pieces into an egg tray with the eyes facing up. Afterward, place them under indirect light and a temperature of 45 to 54 degrees Fahrenheit.

Once the potatoes form shoots, you can sow them. Usually, it will take four to six weeks from chitting to planting.

At this point, prepare a 10-gallon container at least two feet tall and fill it with six to eight inches of a peat-based potting mix and compost (remember to combine the two in a 1:1 ratio).

All that’s left to do now is putting the potatoes in the container. Space them 12 inches apart and sprinkle six inches of the planting mix on top.

Finally, water so that the top one or two inches of the container is damp. The purple potatoes should also receive six hours of sunlight per day.

When to plant potatoes in Arkansas? As a reminder, growing them between the two frost dates will produce optimal results.

If this is your first time gardening, don’t forget to buy certified disease-free potatoes as well. It’s easy to find these at farmers’ markets or online stores like Gurney’s and Johnny’s Seeds.

They should give you the best chance of success with your crops, unlike those from grocery shops.

Furthermore, you can check the potatoes planting schedule in:

When to Plant Garlic in Zone 6 for Best Planting Results

When to Plant Pumpkins in Indiana? (Best Time in 2023)