When to Plant Potatoes in Florida for Winter & Spring Taters 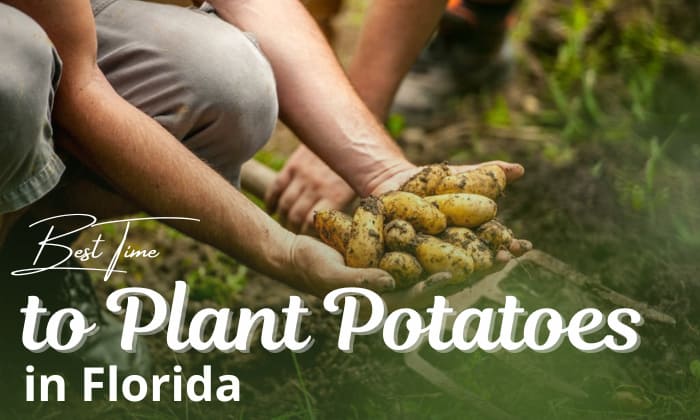 You may not know this, but Florida ranks seventh in the US for its winter and spring potato production. Unlike many regions of the United States, where potatoes are planted during mid-April, the Sunshine state often grows these tubers earlier in late winter.

So, when to plant potatoes in Florida? To give a rough estimate, the seeding dates are January 1 to February 28 in central Florida, September 1 to January 31 in south Florida, and January 1 to the end of March in northern parts of the state.

When to Grow Potatoes in Florida 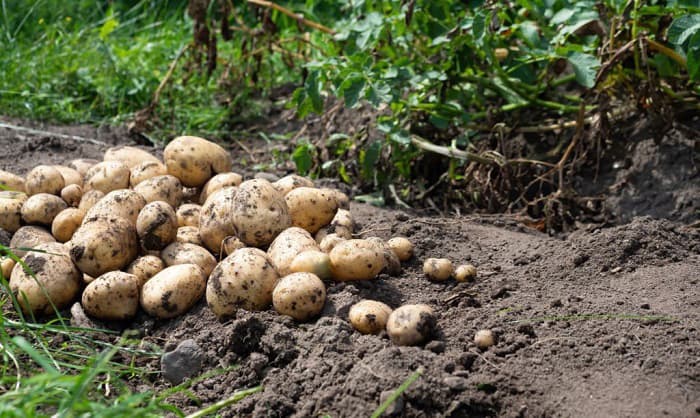 1. Two to four weeks before the last frost

You can just follow the regional recommendations above if you want. But for precision, I recommend looking up your last frost date and counting backward four weeks. The result will be when you can seed potatoes.

As you can see, the examples above match the planting calendar in the intro.

Other than the four-week rule, you can also use two weeks as your guideline. Counting back fourteen days from the last frost will still give you gardening dates in January or February, depending on where you live.

And if you cannot grow potatoes that soon, planting in March or after the last frost will also work.

Note that for southern areas of Florida like Miami, where freezes are rare or non-existent, following the guideline in the intro is best. It’s also wise to use the soil’s temperature as an indicator for gardening time.

2. When the soil is warm and somewhat acidic

Before growing potatoes in Florida, make sure the soil is at least 40 degrees Fahrenheit. If possible, go for a range of 59 to 68 degrees, which will allow the plant to settle into the ground and spread its roots.

In terms of pH, 5.5 to 7.0 would be ideal. Extreme acidity or alkalinity will deprive potatoes of their required nutrients and increase the risks of diseases like scab.

Best Potatoes to Grow in Florida 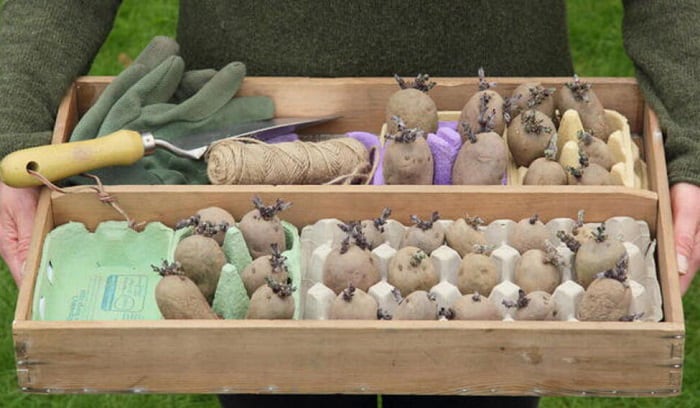 When cultivating taters in Florida, consider the following varieties:

It’s also possible to select cultivars based on their usage. For instance, try:

What is the latest month to plant potatoes?

The answer to this question depends on your first frost date and potato cultivar. To be clear, your crop should be mature and harvested before the first frost.

Suppose your area welcomes freezing weather on November 13, and you want to grow Red LaSoda potatoes. In this case, it’s necessary to sow seeds 120 days before November 13, making the latest month for planting mid-July.

However, given the same frost date and a different variety (we’ll go with Yukon Gold), you can plant potatoes as late as August. After all, Yukon Gold plants will only take 95 days to reach maturity.

Will russet potatoes grow in Florida?

Russet potatoes don’t grow well in Florida, except for some varieties like Norkotah and GoldRush.

Russet cultivars often have long growing periods, and within the winter gardening season in the Sunshine state, they don’t mature quickly enough to avoid adverse weather.

What is the potato growth cycle?

Below are the main potato growing stages and their durations. Knowing this information can help you determine how mature your plant is and whether it is developing normally.

Hopefully, you now know when to plant potatoes in Florida. As long as you follow our guidelines, an abundant harvest in spring or early summer isn’t beyond the realms of possibility.

If you have any questions about growing potatoes, feel free to contact us as well. We’d love to hear from our readers.