When to Plant Potatoes in Zone 7 for Successful Cultivation 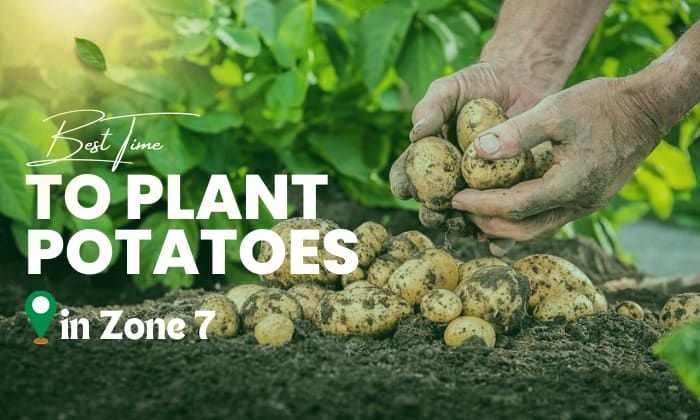 Among the vegetables that Americans love, potatoes certainly rank highly, and if you want to grow this crop, you may be curious as to when to plant potatoes in zone 7.

After all, hardiness zone 7 is present in 28 states of the US, so if you live in the country, chances are you’re staying within this gardening zone.

For successful cultivation of potatoes, note that the ideal planting schedule for them is in March and April, though fall gardening is also fine. 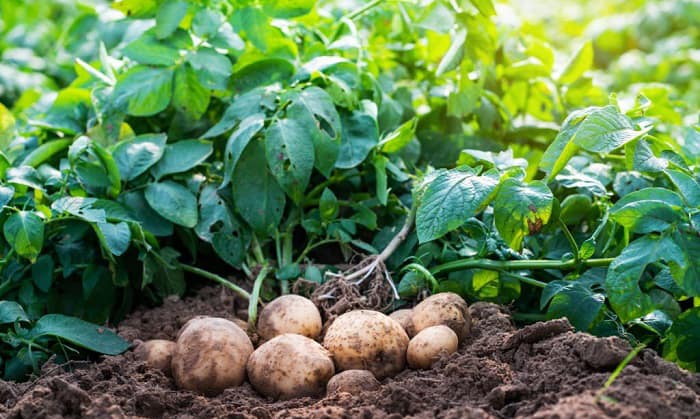 The best time for growing potatoes in zone 7 is spring. Specifically, you should sow them two weeks before the last frost. Now, you may ask, “Why not wait until there’s no frost?”

You can certainly do so, but there are several reasons why I recommend starting potatoes early:

Now that you know the two-weeks guideline, it’s also vital that you chit your potatoes four to six weeks before the final frost. Doing so will further lengthen the growing season and give your tubers a head start in germination.

To give you an example of calculating planting dates:

Nashville in Tennessee is in zone 7a. Because its last frost is on April 7, residents here should chit potatoes on March 10 or February 24 and plant them on March 24.

Though not as optimal as spring, another good time to plant potatoes is in the fall. During this season, beetles that harm potatoes will be inactive, and provided that you time the planting correctly, it’s possible to enjoy a second harvest before winter.

Since fall frosts can kill potatoes (unlike late spring frosts), it’s vital that your tubers completely mature before freezing temperatures show themselves.

Look up the growing period for your cultivar (in weeks or days), and count backward from the first frost; the result will be your planting date.

Plant Potatoes in Zone 7 in the Summer

It’s possible to grow potatoes in summer, but doing so is not ideal because of the following reasons:

If you insist on planting potatoes in summer, it’s best that you do it late in the season.

How to Plant Potatoes? 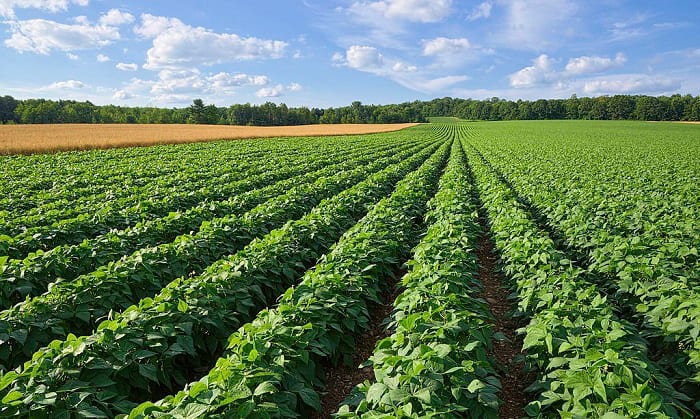 You can skip the cutting step if your potatoes are already small in the first place.

Why should you grow potatoes in zone 7?

Potatoes are very versatile as cooking ingredients. You can make countless dishes with them, from simple smashed potatoes to more complex recipes like pot roasts, casseroles, and pies.

Plus, planting potatoes can save you money and serve as a fun physical activity.

How to choose potato varieties?

First, you need to consider the climate where you live. For zone 7, some varieties that grow well are: Yukon Gold, Sangre, French Fingerling, Snowden, and Green Mountain potatoes.

Next, you should think about the following factors:

How to care for potato plants in zone 7?

Follow the tips we mentioned above, and watch out for beetles. If they show up, cover the potatoes with light tarps and remove the insects by hand.

How to harvest potatoes in zone 7?

To harvest potatoes, you just need to dig around their roots or tubers and pull the plants up by hand. If you don’t know when potatoes are ready for harvest, check out our guide here.

How long does it take for potatoes to grow?

On average, it takes 90 to 120 days for potatoes to completely grow after planting. However, you can find cultivars that mature much more quickly. For instance, Rocket potatoes will be harvestable within 60 to 70 days.

Where can potatoes grow?

Potatoes will thrive in hardiness zone 3 to 10. Hence, you’ll find them in many parts of the US, such as zone 5 in South Dakota and Nebraska or zone 6 in Pennsylvania and Ohio.

In warmer areas, such as in zone 8a and higher, potatoes adapt to fall planting very well.

If the climate is extremely warm or rarely snowy, it’s even possible to garden in January and February. An example is Florida farmers planting potatoes during winter.

When to plant sweet potatoes in zone 7?

It may surprise you, but sweet potatoes and potatoes are from different families (morning glory for the former and nightshades for the latter).

Sweet potatoes should also be planted after the last frost and not before it, unlike potatoes.

By now, you should know when to plant potatoes in zone 7. It’s easy to grow them at the correct time if you look up your frost dates and follow our tips above.

If you found the information here helpful, consider sharing it with others as well. Thank you for reading!