When to Plant Pumpkins in California for Best Growth? 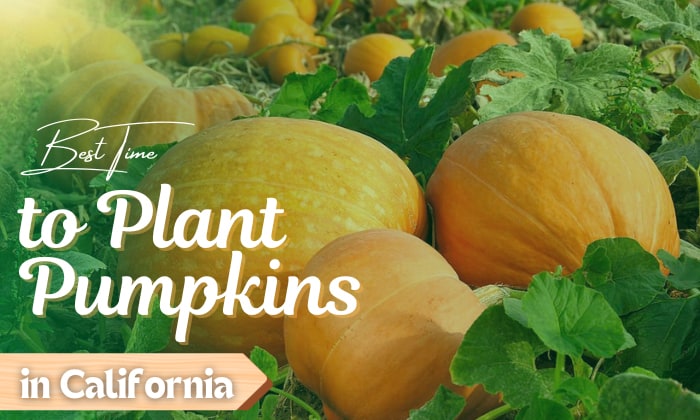 The good thing about California is that most of the state has mild summers that help pumpkins flourish well. In fact, the region is one of the top producers of ornamental pumpkins, with Northern California accounting for more than half of the state production.

However, as pumpkins are warm-season plants, paying attention to the frost date is essential. This will help you determine correctly when to plant pumpkins in California.

For outdoor planting, sow pumpkins in late May to early June, when the temperature is around 65°-75°F. Indoor planting, however, can start 2-3 weeks before the last frost date.

1. Plant pumpkins in late May to early June 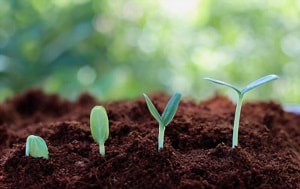 Plant after the last spring frost.

Pumpkins are heat-loving plants that thrive well when the weather is warm. So, the best time for growing them is once the climate has warmed up, before it gets over 85℉, which is too hot for pumpkins. In California, that would be late May to early June.

However, since the state comprises many regions, planting dates will differ according to where you live. So, the standard rule is to sow them after the last frost in California.

For example, if you live in Adelanto, California, sowing them as early as May 11 is possible since their last spring frost ends around May 1-10.

Plant indoors at least 2 weeks before the last frost.

If you plan on sowing them earlier than the average time, the pumpkin planting times start around 2 to 3 weeks before the cold period ends.

So if we use the same city mentioned above as an example, you can plant pumpkin seeds in containers around April 10-17. Afterward, transplant them 1-2 weeks after the freezing temperatures have passed, usually around June.

2. Grow pumpkins once the temperature ranges between 65°-75°F 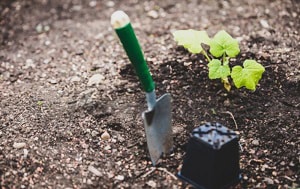 Pumpkins are not fond of cold spells. So, to plant pumpkins for Halloween in October, wait until the temperatures have increased to at least 65° to 75°F during the day.

Pumpkins will flourish well through these warm climate conditions and induce larger yields. However, if the temperatures get over 85 °F, you must protect the plants; otherwise, the crop quality and quantity will reduce.

You can use a white plastic or bright bed sheet cover to act as a shade on top of your pumpkin plants to lessen the effect of heat on them.

In many parts of Southern California, especially the low desert, summer temperatures can soar up to 85°F in August. So it’s better to prepare to cover your pumpkins to avoid them suffering from high heat.

Where to Grow Pumpkins in California? 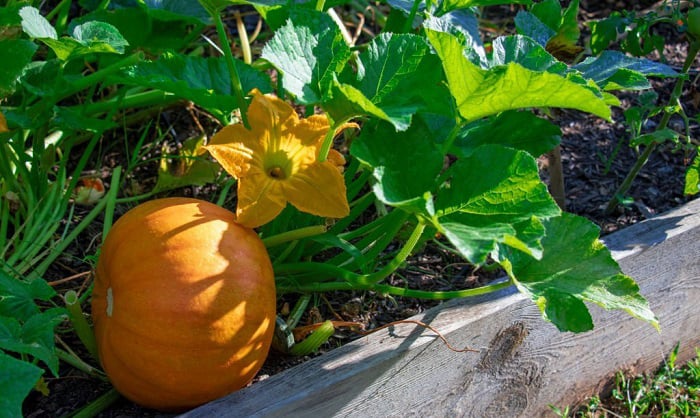 1. Plant in a warm soil condition

When growing Halloween pumpkins, you must also consider the soil temperature of your planting bed. These crops will grow well if you sow them in the warm ground of at least 65 °F but no more than 95 °F.

But if you want them to germinate fast, wait until the ground warms up to 70 °F to expect sprouting within ten days.

2. Plant in a site with full sun and enough space

Summer pumpkins require at least 8 hours of sunlight per day. Do not place them under shady areas, which will prevent the plants from reaching full growth.

Also, since pumpkins grow vines that need to spread, prepare a site with plenty of space, preferably 2-5 feet apart for each plant. Alternatively, you can create something that acts as a support to allow their vines to climb on it.

These pumpkins need a soil pH between 6.0-6.8 to flourish well. If your planting bed lacks acidity, you can mix manure or mulches. In contrast, to lower the acidity level, add agricultural lime or dolomite.

Well-draining soil contributes to the successful growth of these pumpkins, as waterlogged roots will kill the plant. If the soil drains poorly, apply compost or manure to rectify the issue.

Best Pumpkins to Grow in California

Some of the best pumpkins to grow in California are the Moschata varieties, such as Seminole Pumpkins, Waltham Butternut, and Tan Cheese, since they can handle high temperatures well.

Jack-o’-lanterns are also ideal for planting in the state since they are robust and have a vibrant color—perfect as Halloween decor.

Kentucky Field, Big Autumn, and Aspen are also excellent options if you prefer yields of desirable colors and sizes. 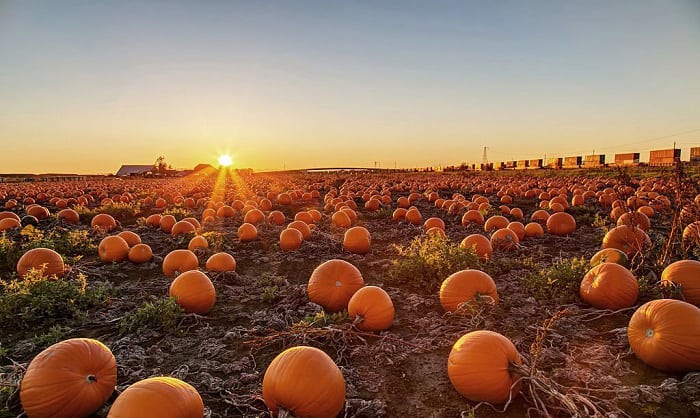 How long does it take to grow pumpkins in California?

Pumpkins have different maturity dates, but they usually need at least 90 to 120 days to grow. They have a long growing season, so proper planting time is the key to an on-time harvest.

Is it too late to grow pumpkins in California?

To know if it’s too late to grow pumpkins, look up the first frost date in your area. In most parts of California, this would be in September and November.

For instance, the cold season in Stockton, CA, starts on November 28. This means the latest date you can plant pumpkins in this part of California is July 31 to August 30 (given pumpkins’ average growing rate).

How to store pumpkins from rotting before Halloween?

Removing all the pumpkin guts that attract insects is one method to preserve the fruit. You will need to be throughout in cleaning out its inside, as any remains can attract bugs.

Another way is to put petroleum jelly in the pumpkin’s interior after taking out its guts. This will prevent the fruit from coming into contact with the air and drying out. Similarly, apply both sides of the pumpkin with acrylic spray to prevent mold.

However, if you prefer the easiest way to preserve pumpkins, you can just store them in a plastic bag in the refrigerator. You can do this at night when everyone goes to sleep, as decoration is no longer necessary during this time.

Even though it will take a while to harvest pumpkins, the wait will be worthwhile because you can have plenty of delicious harvests by Halloween.

Ensure to plant the fruits between late May and early June when the weather and soil are suitable for planting. Also, grow them in well-draining and slightly acidic soil for optimum healthy growth.

Hopefully, this post has helped you find the answers to your queries regarding when to plant pumpkins in California to grow them at the proper time.