When to Plant Pumpkins in Ohio for Healthy Growth 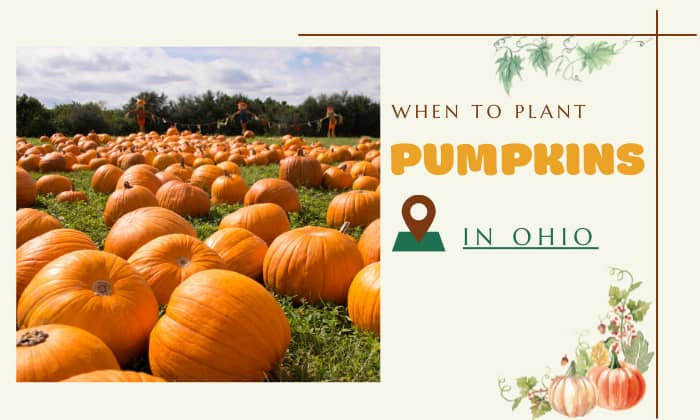 Ohio continues to be one of the top producers of heat-loving pumpkins in the land, regardless that it is one of the coldest places in the United States.

The good thing is that the region possesses a warm spring season, making pumpkins thrive well during this time.

However, since pumpkins are susceptible to freezing temperatures, it is risky to seed them throughout the winter. Therefore, knowing when to plant pumpkins in Ohio is crucial.

The optimal time to plant them for a robust yield is from 20th May to 10th June, at a soil temperature of 65°F.

1. Plant in late May to early June. 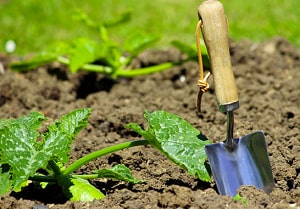 Planting pumpkins according to the Ohio growing season is essential for their healthy growth. When sowing them too soon, the yield will lose their sturdiness if you don’t consume them right away. Plus, the soil may be too cold for the seeds to germinate.

Contrariwise, they will suffer from a limited growing period if you plant them too late. Whichever it is, both will impart an undesirable result on your Halloween pumpkins.

The start of pumpkin planting depends on where you live and when your last spring frost will end.

In colder regions like Ohio, they can start as early as May through the beginning of June since the temperatures are no longer freezing during this time.

More so, planting them around this period is a must since the colder states only have a short growing period. They need to start early so that the pumpkins can achieve on-time maturity before the first frost begins.

Unlike in warmer areas, they can plant pumpkins even in July since they have a long growing season and will produce fruit before the frost comes.

For Ohio, the optimum time to sow them in the pumpkin patch garden is two weeks after the last frost to expect a harvest in October for Halloween. As the frost date in the southern and northern regions differ, you may want to check carefully.

Since the average last spring frost in the region is around May 1 to 15, planting them on May 15 to 29 is best. However, you can wait until the first week of June to ensure that there will be no extended frost.

When you intend to raise pumpkins in your backyard, it is crucial to learn how long their maturity days are to know how early you need to start planting them.

While some pumpkins only need 85 days to grow, others require over 120. So you need to establish an early pumpkin plant to produce those with long maturity days to have yields on time.

The optimum time to grow pumpkins from seed early is 2-4 weeks before the last frost. For example, the freezing period in Hudson, Ohio, ends on May 6, so you should plant them indoors between April 8-22. 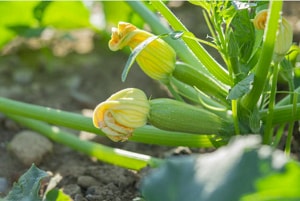 Once the soil temperature warms to 65°F, it’ll be the best time for growing pumpkins in Ohio because warmer ground induces quick growth.

In Ohio, soils will generally reach this temperature after the last frost, which is ideal for pumpkins as they are delicate to freezing soil. You can use raised beds to help warm up the ground since they absorb heat faster than the lower earth during spring.

As an alternative, you can cover the ground with black plastic before planting pumpkins, as the plastic can transfer the heat of sunlight to the soil.

How to Plant and Grow Pumpkins in Ohio 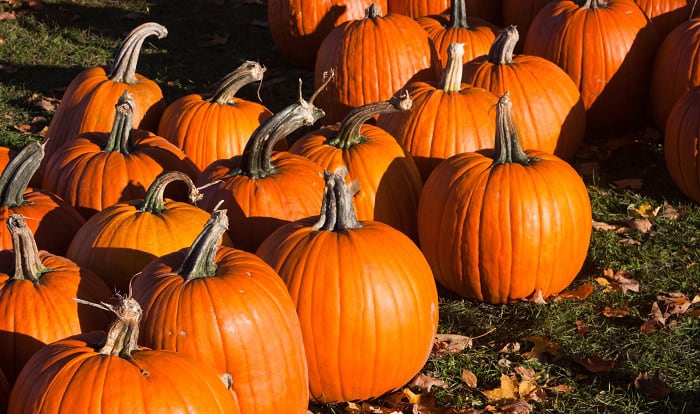 Choose to grow a pumpkin patch where they can get over 6 hours of direct sunlight for proper fruit production. As for the soil, place them in a pH range of 6.0-6.8 with organic materials to allow good water drainage.

In addition, the soil should be loamy, meaning it should be able to retain enough water for proper plant growth, but has decent drainage to prevent waterlogging the roots.

If you prefer to plant them for your recipes, Sugar Pie is one of the best choices since it is tasty and well-textured. As for carving and decoration, Jack-o’-lanterns are recommendable.

3. Plant your seeds in the ground

As an alternative, you can also grow your pumpkins in pots. Follow the steps below to do it. 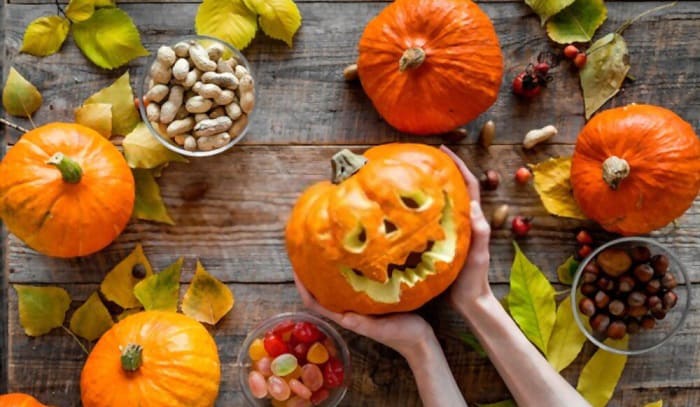 How late can you plant pumpkins in Ohio?

It is too late to plant pumpkins when you sow varieties with a long growing season while the frost is about to begin.

You can plant them in Ohio before the first freeze as long as the variety you choose can mature before the cold period starts.

For example, the average first frost in Ohio is October 1-15. Planting Cherokee Bush with 70 days of maturity as early as July 23 can produce yields before the freezing period begins.

However, planting this late will make them suffer the summer heat in August and have lesser pollinators essential for their growth. The plants will still yield fruits, but the results may not be as satisfactory.

So if your pumpkin’s mature period falls within the summer, opt for heat-tolerant cultivars such as Seminole Pumpkins or Tan Cheese.

The telltale signs that you can harvest your pumpkins are if the color turns a rich orange and if you can’t pierce through its outer skin with your fingernail. For good measure, you can slap the fruit to see if there’s a hollow sound – a sure indicator of ripe pumpkins.

Once you have seen these signs, you can harvest your pumpkins. Remove them by cutting off 4 inches of stem attached to the fruit and cure them under the sun for seven days.

For storage, you can place them in a dry area with an air temperature of around 50-60°F. Do not stack the pumpkins on top of one another to provide proper ventilation. This will also make it easier to spot rotting pumpkins for instant removal.

Preparing to plant pumpkins is easy, as they only need warm soil and a temperate climate that begins in May for regions like Ohio.

However, for pumpkins to thrive well, it is proper to sow them in ideal conditions. Set them in rich, loamy soil and give them the best watering and fertilizing practices.

Also, keep in mind to grow them before the first frost according to the pumpkins’ maturity time to prevent them from the risk of cold climates.

Follow the guide above about when to plant pumpkins in Ohio and how to do it for you to harvest healthy yields by Halloween!