When to Plant Pumpkins in Virginia for Halloween & Thanksgiving 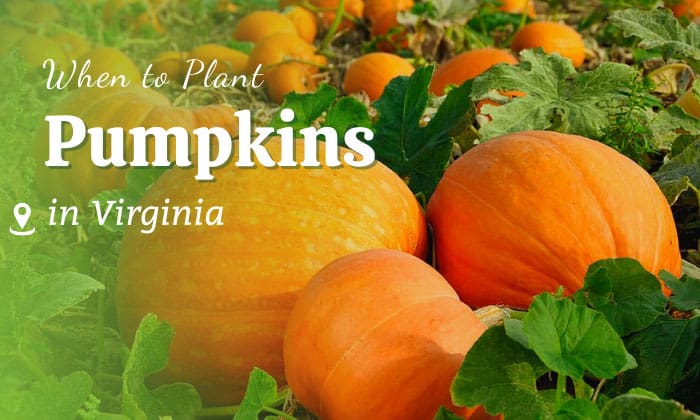 Virginia is a great state for growing pumpkins commercially. Statistically, it ranks in the top five US regions that produce this crop, so it’s no wonder you’ll find pumpkin farms all over the Old Dominion.

While buying these fruits in VA should be easy, nothing beats planting them in your own garden. So, when to plant pumpkins in Virginia?

Generally, you should grow them around June 15 to July 15 if you live in warmer parts of the state, like the Tidewater and Piedmont regions. Meanwhile, for cooler areas like northern Virginia, June 15 to July 5 will do.

Note that earlier or later gardening may be possible, depending on your frost dates.

When to Grow Pumpkins in Virginia

The ideal time for planting pumkins outside is after the last frost. In Virginia, this timeframe would be around April or May, so either period can be the best month for sowing pumpkins. There’s no need to wait until June or July if you want to garden earlier.

Aside from the calendar, pay attention to the soil temperature before you start seeds. It should measure 65℉ at the minimum to facilitate germination, with 100 degrees being the maximum limit. In practice, temperatures colder or warmer than these points will hinder sprouting. 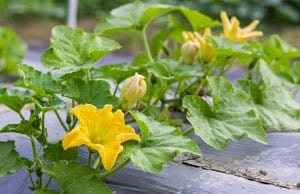 Note that for growing pumpkin plant indoors, starting seeds two to four weeks before the final freeze is feasible. That said, it’s unnecessary to do so unless your pumpkins take very long to mature, longer than your gardening period.

2. Before the first frost 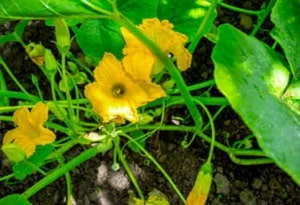 If you grow pumpkins plant for fall harvest, give them enough time to mature before the first freeze and harvest them before then.

Otherwise, the leaves and vines of the crops will incur damage and die, especially if temperatures plummet to 26 degrees Fahrenheit.

In practice, a good rule of thumb is to subtract the pumpkin’s days to maturity from the first frost. For instance, Louisa, Virginia, in zone 7 will likely experience its first frost on October 13. 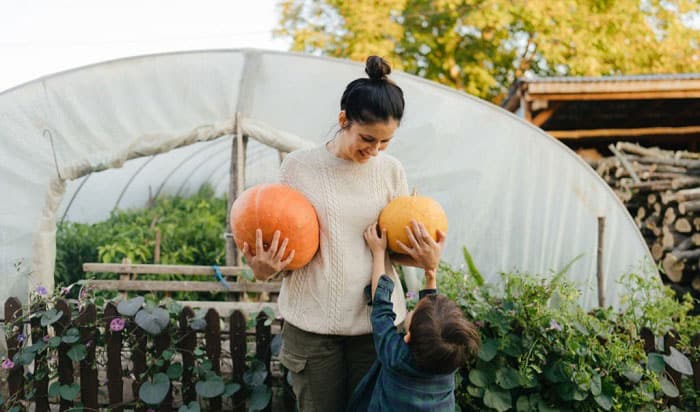 How late can you plant pumpkins in Virginia?

Whether it’s home or commercial pumpkin farming you have in mind, it’s vital to follow the rule on the first frost we mentioned above.

Because Virginia welcomes freezing weather around October 5 to November 25, it’s impossible to plant pumpkin seeds in October within the state.

Instead, with 90 to 110 days as the benchmark for most cultivars, the latest time for growing pumpkins will be in August or July.

How long does it take to grow pumpkins?

As stated above, pumpkins will need three to four months to finish growing. While buying seeds, it’s best to look up the cultivar you choose and its maturation period.

But before you do that, note down these popular varieties for Virginia and their days to maturity:

Of these cultivars, Knucklehead and Rascal are the best choices if you plant pumpkin carving gourds.

What are pumpkin fertilizer recommendations?

When it comes to fertilizers, you should be mindful of three nutrients – nitrogen, phosphorus, and potassium. These are essential for pumpkin leaf, vine, and fruit formation.

Suffice to say; it’s better to conduct a soil test and follow its recommendations. Different gardens may require different fertilizers, such as a 5-5-5, 4-6-3, or 2-4-1 formula, etc.

It’s also beneficial to supply nutrients at the correct stage of development, such as:

Knowing when to plant pumpkins in Virginia is straightforward enough. All you have to do is look up your city’s frost dates and do some basic calculation while considering your cultivar.

Then, sow seeds under the correct temperature and give them fertilizer if necessary. At the same time, take note of the pumpkin soil pH, which is 6 to 6.8 for ideal growth.

When to Plant Potatoes in Pennsylvania? & How to Plant?

When to Plant Garlic in Ohio? & How to Plant Successfully?