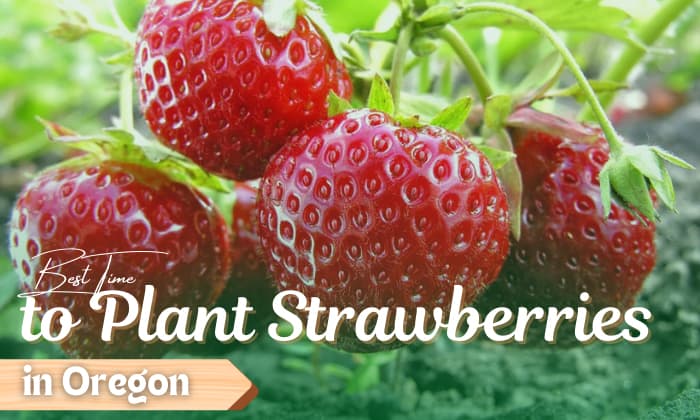 Aromatic, tender, and sweet—these are the words most of us would use to describe strawberries.

If you live in Oregon, where these fruits are abundant, perhaps you’ve considered growing them yourself. If that thought hasn’t crossed your mind yet, consider the fact that strawberries fresh off the vine will always taste better than those that sit on store shelves.

So, when to plant strawberries in Oregon?

You should start planting strawberries in March and April or around June to September. Note that your frost dates might change these estimates.

When to Grow Strawberries in Oregon

Strawberries don’t grow true to seeds, and people often use transplants instead. So rather than asking yourself, “what is the best time to plant strawberry seeds?” it would be more useful to remember that you need bare root or daughter plants when ordering from nurseries.

Without further ado, here are the tips to help you determine the right time to plant strawberries: 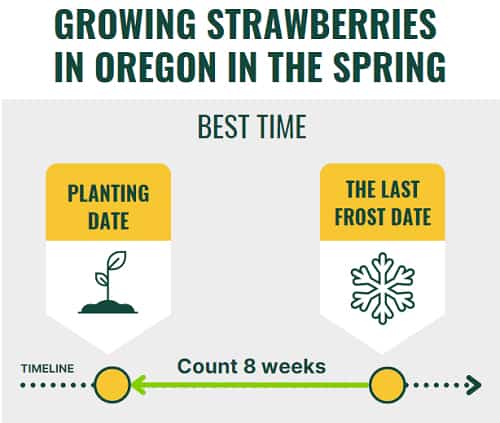 Doing so should protect your crops from frost injury, which may otherwise prevent fruit formation and cause foliage death.

02 Other than spring, growing strawberries in Oregon is possible in the fall. In practice, you can sow them six weeks before the first frost.

As long as this guideline is followed and adequate cold protection is taken (such as mulching the soil with straws and removing dead leaves in late winter), your strawberries should survive well into the new year.

As an example, we’ll consider the planting schedule of Portland, Oregon. Here, the average last frost falls on March 6, while the first frost is on November 22.

Later, they can transplant or seed berries outdoors on March 7, when the ground is workable and frost-free.

As for fall plantings, October 11 is the final sowing date if we count backward 6 weeks from November 22.

Read more: The best time to grow strawberries in other US states such as Florida, Alabama, Georgia and etc.

Best Strawberries to Grow in Oregon 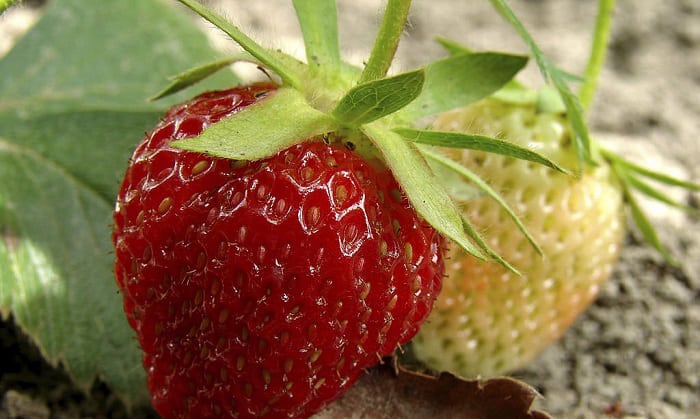 Now that you know when to plant strawberry roots, here are the top varieties of strawberries for Oregon.

Among the names here, day-neutral types bear fruits the longest (from May up until the first frost), while everbearing and June-bearing types yield crops less frequently (twice a year in June and August versus once a year in June, respectively).

I’ve also listed the hardiness zones for each strawberry. It’s vital that you choose varieties to suit your climate, since less cold-tolerant plants won’t survive winter in lower zones.

Are strawberries perennial in Oregon?

Yes. Strawberries are grown as perennials in Oregon. In farms, each planting often lasts two to five years, though the crops won’t start bearing fruits until their second year.

How late in the season can you plant strawberries in Oregon?

If we use August 1 to November 10 as the average first frost period for Oregon, the latest planting dates would be June 20 to September 29.

Of course, you should look up the frost date for your city and count backward six weeks to ensure accuracy, but generally, it’s okay to plant strawberries outside as late as September.

We hope the information here helped you decide when to plant strawberries in Oregon.

So long as you give your plants a soil pH of 5.6 to 6.5, a temperature of 59 to 79℉, and at least one inch of water per week, a fruitful harvest in summer or fall is not far-off.

Should you have any further questions, feel free to send them to us. Have a nice day!