When to Plant Tomatoes in California for Best Result? 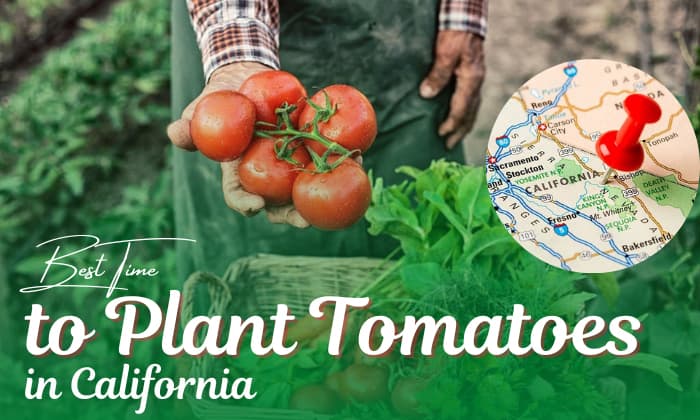 Tomatoes are popularly grown in California on farms and home gardens alike. In fact, the Golden State is among the top producers of tomatoes in the United States, along with Florida, Indiana, and Ohio.

Growing tomatoes has relatively simple requirements, but the timing must be properly planned as these crops are sensitive to frost. Hence, knowing when to plant tomatoes in California is vital information to learn before starting.

The best time to grow tomatoes in California is two weeks after the last frost passes, and this depends on which part of California you are located. 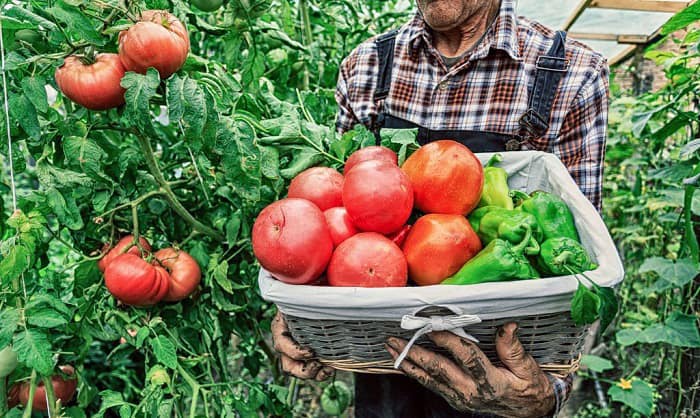 Tomatoes are warm season crops that love basking in full sun for at least 8 hours a day, and because of this, they grow well in the warm, sunny climate of California.

Due to its size and location, the Golden State has varying agriculture zones California. For example, California’s northern region spans from zone 5a to zone 10b and can be cold year-round. In contrast, freezing temperatures are rare in the south, which has zones 5a to 11a.

The best time of year to plant varies per region, and the general rule for cultivating tomatoes is to plant them about two weeks after the last frost dates.

Here is a general planting guide on how to estimate the best time to plant in Northern, Central, and Southern California:

In the cooler areas of Northern California, tomato seeds can be sown from March up to the end of June, as soon as the ground temperatures warm up to encourage germination. This should fall within the range of 65-85℉.

The last frost in Crescent City, CA, for example, is estimated to be on March 25, and hence, planting activities in this area can commence two weeks later on April 8.

Certain counties in Bay Area, like Alameda, Oakland, and San Francisco have low probabilities of frost occurrence, that’s why planting warm-season crops in these areas can be done throughout the year.

For more information about the best time and effective factors in planting tomatoes in North Carolina, visit this post!

The frost dates of counties in Central California vary greatly and this is why it is advised to always be on the lookout for the estimated date of frosts in your location.

That said, the main agriculture part of the region is in the Central Valley, and you can cultivate tomatoes virtually all year here, provided that the temperature is 55-85℉. If the temperature is slightly lower, you can opt for a frost blanket or plastic tarp to keep the plants warm.

Counties in Southern California also have a very long growing season, thanks to their location and climate. SoCal residents can begin growing tomatoes in their gardens between March and April.

Some southern coastal California regions like Los Angeles and San Diego rarely encounter frost, and residents can grow tomatoes year-round in these areas. 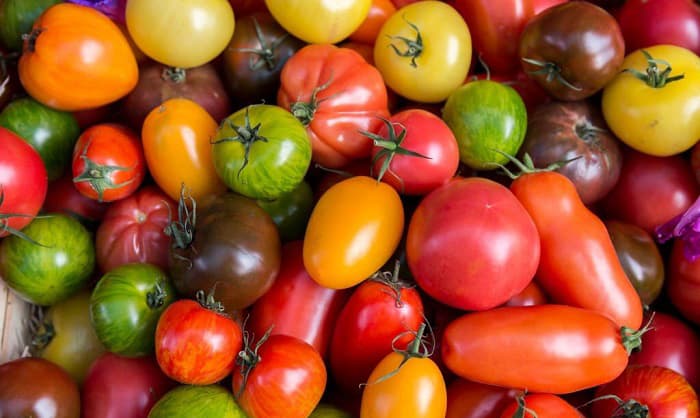 How early can you plant your first tomatoes?

If you are in Sacramento, for example, the last frost is estimated to be on Feb 17. Counting back 6 to 8 weeks, you can sow your seeds indoors starting from December 23 up to January 06, then transplant them outdoors from March 03 onwards.

How late can you plant your last tomatoes?

The easiest way to know the latest possible date for planting tomatoes is to find your region’s first frost date and count backward the number of days it takes for the plant to fully mature.

As an example, let’s say you live in Fresno, whose first frost date falls on Dec 6th, and you plan to grow Sweet 100 tomatoes. This cultivar takes 70 days to harvest, so the latest sowing date is Sep 27, meaning it’s not too late to plant tomatoes in August.

What month do you plant tomatoes?

Tomato season in California starts in June for the Northern region and in July for the Southern region. For harvest in those months, tomatoes are typically planted from March to May, depending on the tomato variety and region.

Which types to plant?

The tomato variety to plant is largely based on your preference and available resources. Here are some of the common tomato varieties grown in California:

For those in lower elevations:

For those in high elevations:

The varieties mentioned above will also do well in container gardening but the cultivars below are especially suited to be planted in pots:

Are tomatoes annual or perennial crops?

Tomatoes are perennial plants that can be grown as annuals in certain places, as they usually cannot withstand cold weather conditions. Overwintering tomato plants is one way to ensure that they survive harsh winters.

To do this, you can relocate your plants indoors or in a greenhouse. Just ensure that you replicate their ideal environment to minimize shock to the plants. Afterward, you can transplant them back as soon as the ground temperatures warm up.

Tomatoes are among the most popularly grown crops by home gardeners due to their versatility and bountiful harvest. They are relatively simple to care for and can be grown in pots or planted directly in your garden.

The timing of the planting is a critical step, and knowing when to plant tomatoes in California will ensure that your plants will grow and thrive.

We wish you the best of luck with your planting.