When to Plant Tomatoes in Oklahoma for Best Growth 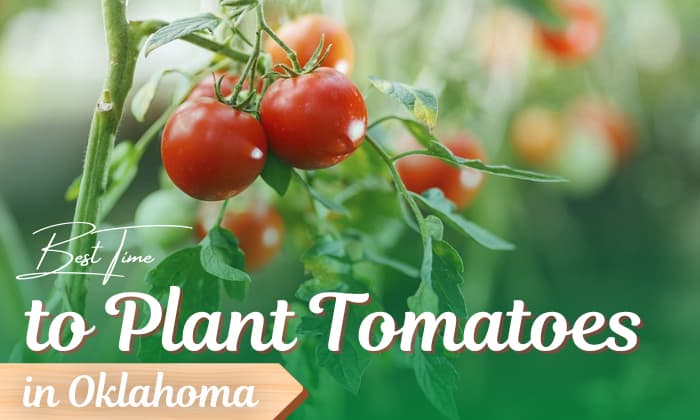 Tomatoes may not be Oklahoma’s representative plant, but that doesn’t mean they don’t grow well here. In 2013, for instance, Oklahoma produced over 200 acres of tomatoes, proving that this crop can thrive in the Sooner state.

If you cook with them a lot, you may wonder when to plant tomatoes in Oklahoma. In short, the best time for this task is around April 10 to 30 or July 1 to 15, meaning you can garden in both spring and fall. Note that the recommendation may be slightly off, depending on your frost dates.

When to Grow Tomatoes in Oklahoma 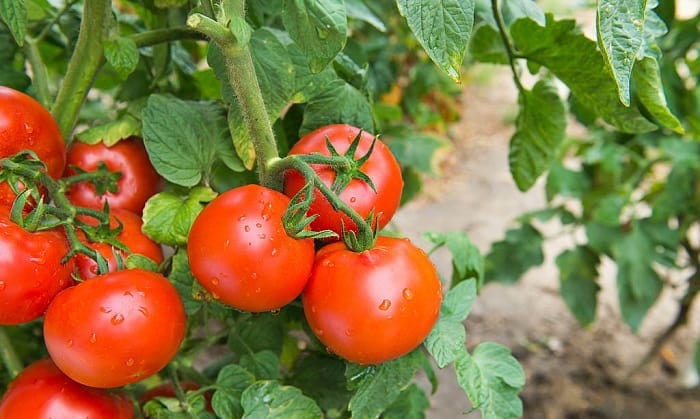 1. In spring after the last frost

Because tomatoes cannot withstand freezing temperatures, you should plant them after the last frost. In Oklahoma, it’s actually imperative to seed them as soon as the weather warms up and not wait any longer, since the state’s summer heat can interfere with pollination and create yellow fruits.

In other words, because Oklahoma’s average last frost is in late March or April, planting tomatoes around this time can produce a late June or July harvest, which should spare tomatoes from more extreme summer temperatures.

Speaking of heat, you should also pick tomatoes when they’re pink and not let them ripen outdoors under 86°F or higher. Otherwise, unattractive fruit colors and cracking may occur.

With these facts in mind, look up your last frost and start planting tomato plants in garden as soon as possible. Doing so will help you mitigate the problems we described above.

Extra tip: You can sow tomatoes indoors six weeks before the last frost and move the seedlings outside when they are at least 4 inches tall and the dangers of frost have passed. Adhere to this timeframe if you want an earlier harvest and lack patience to wait until the weather warms up.

2. In fall before the first frost

Another excellent time to plant tomatoes in Oklahoma is in the fall, as the weather during this season is cool but still warm enough to facilitate fruit formation.

In practice, as long as tomatoes enjoy a soil temperature of 60 degrees Fahrenheit and an ambient air of 55 degrees, they should have no trouble developing.

Similar to spring planting, it’s important to pay attention to frosty weather in autumn. Specifically, it’s vital to let tomatoes mature fully and harvest them before winter freeze arrives, as temperatures of 32 degrees or lower can damage or kill them.

While marking your gardening calendar, determine the maturation period of your cultivar and count backward from the first frost.

Alternatively, you can grow your crops earlier so that there’s no need to rush or panic when the weather becomes colder.

That said, if you start fall gardening in Oklahoma too late and frost arrives before your tomatoes mature, move them indoors as promptly as possible.

Row covers may protect your plants in 40-degree weather, but lengthy periods of sub-zero temperatures will damage tomatoes beyond saving.

What is the Best Tomato to Grow in Oklahoma? 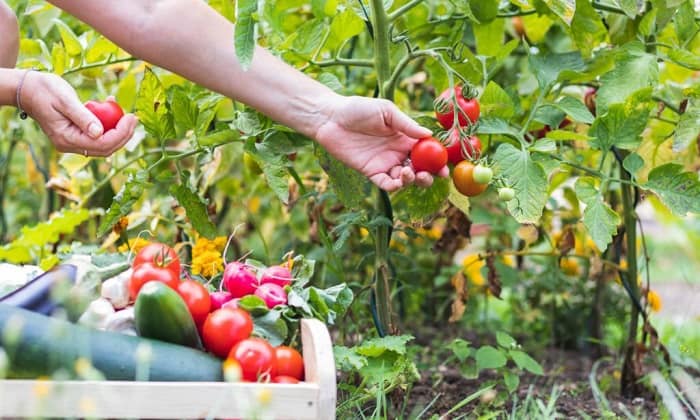 Below are the best tomatoes to grow in Oklahoma, grouped by types. Consider them the next time you plant tomatoes.

How Early Can I Plant My Tomatoes?

It’s essential that you give them enough warmth while you do this. If possible, go for a soil temperature of 70 degrees Fahrenheit, or 60 degrees at the minimum.

When is it too late to plant tomatoes?

Follow our tip above regarding the first frost to determine your latest planting time. Often, it will be impossible to grow tomatoes after August if you don’t have an indoor garden with temperature control.

Where is the best place to plant tomatoes?

Your tomato bed should have the following features:

Note that you can’t plant tomatoes in the same spot every year. Instead, practice crop rotation to avoid depleting nutrients. Some ideal plants for crop rotation with tomatoes include legumes, root crops, and cucurbits.

When to plant tomatoes in Oklahoma? As long as you look up the frost dates where you live and follow our tips above, having an abundant harvest in summer or fall is highly possible.

Please share this article with other people if you find it helpful. Have a nice day!