When to Plant Tomatoes in Oregon? Things to Know! 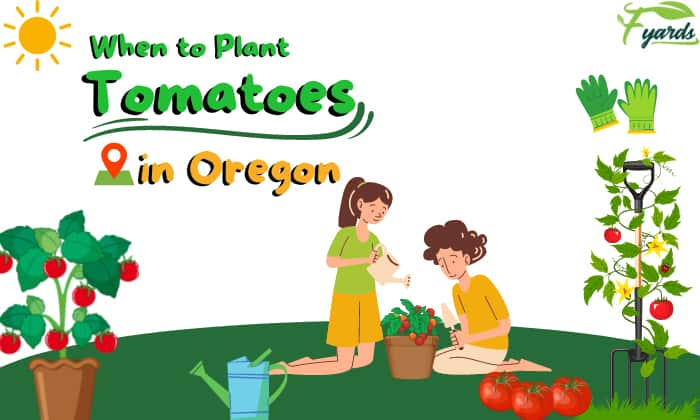 Oregon’s warm climate is indeed suitable for many plants, including tomatoes. However, not every part of the state has ideal conditions for cultivating them.

While farmers in Southern Oregon enjoy a long period for growing tomatoes, it is pretty challenging for those in the Central part of the state because of their short-growing season, influenced by the region’s cold temperature.

That’s why it is essential to learn when to plant tomatoes in Oregon.

For optimum planting time, you can sow your tomatoes around early May to mid-June and at a soil temperature between 50-70°F. 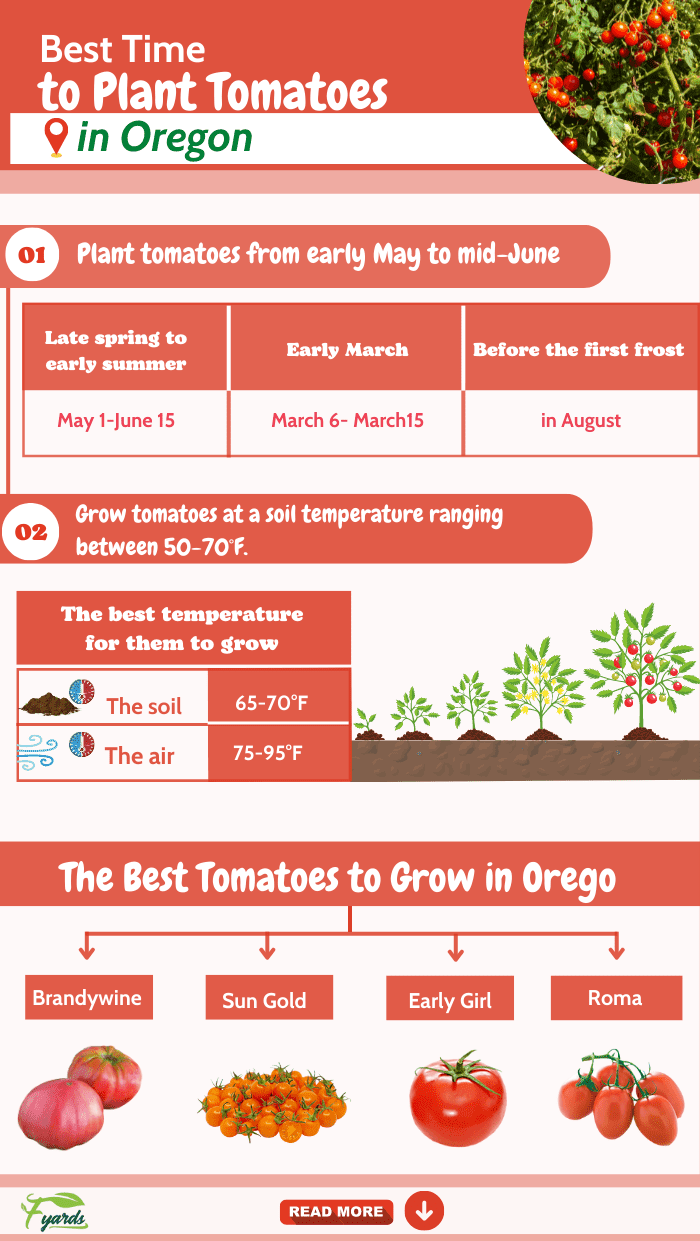 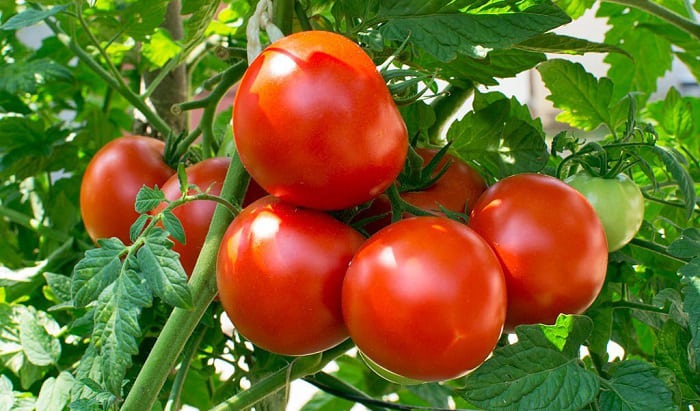 1. Plant tomatoes from early May to mid-June.

The best time of year for growing tomatoes in Oregon is around May 1 of spring to June 15 of summer. Since tomatoes are warm-season fruits, they thrive best under mild temperatures, and these most likely fall within the aforementioned period.

People in Portland Oregon and farmers in Willamette Valley share the same planting window during this time.

However, growing tomatoes in Central Oregon is slightly different because of its unpredictable frost. Planting tomatoes in June (the 2nd week of the month) instead of May is ideal here. 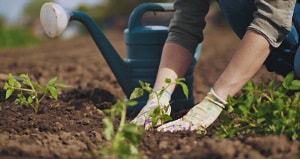 Planting tomatoes ahead of time is not a bad thing. Actually, you can start early if you want to sow a variety with long days to maturity.

As long as you grow them indoors and on the proper date, they can grow healthy without the risk of frost.

The good time for starting seeds indoors is eight weeks before the last frost date. Since the average chilly period in Oregon ends around May 1-10, you can sow them around March 6-15 for proper establishment before you transplant tomatoes. 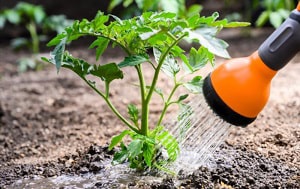 If you can’t plant tomatoes in spring, you don’t have to worry because you can still grow them later in the year.

The latest time to plant tomatoes is in August. Just ensure that the variety you sow will mature before the first frost of fall arrives to have plenty of yields.

Some of the best tomatoes for late gardening are the early maturing varieties like the Oregon Spring, which only needs 65 days to ripen before the frost period arrives.

For instance, if you live in Eugene, Oregon, where the first frost starts on October 14, sowing this variety on August 10 is ideal.

2. Grow tomatoes at a soil temperature ranging between 50-70°F. 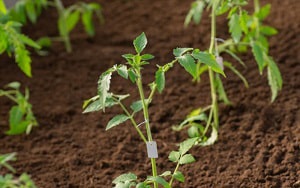 When should tomatoes be planted? The best time to sow them is when the soil is warm enough for your seedlings to grow well.

Tomatoes can tolerate a soil of at least 50°F. However, 65-70°F soil allows them to thrive well, and it is essential to wait until the air temperature is between 75-95°F to induce proper growth.

Low air conditions around 57°F and below can hinder development, and cold soil results in poor roots.

Thus, the growing season for tomatoes normally starts once the soil and air temperatures are in the proper range to encourage blooms and healthy yields. 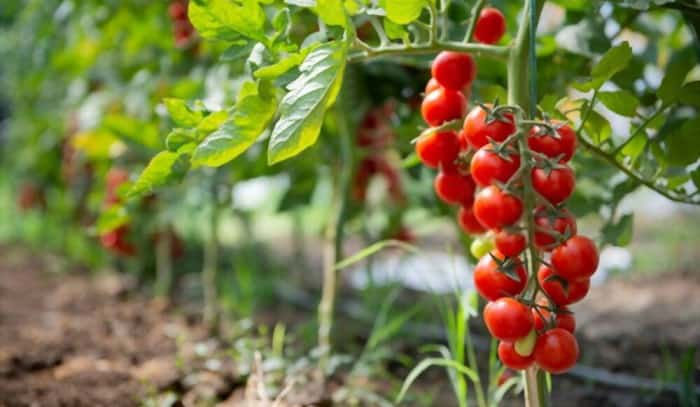 When should I plant my garden in Oregon?

While warm-season plants like tomatoes and peppers usually thrive best after the last frost, around May and later, you can plant most of the cool-thriving crops as early as late April.

As long as the soil temperature is consistently around 50°F for plants that thrive best in cold climates and above 60°F for summer crops, they will grow well until harvest.

Do tomatoes grow well in Oregon?

More so, since tomatoes thrive under much watering but don’t enjoy being soaked for too long, the well-draining Jory soil found in Western Oregon suits them.

What are the best tomatoes to grow in Oregon?

The Brandywine and Sun Gold varieties are some of the most popular and best tomatoes to plant in Oregon because of their ability to withstand heat and impart delicious flavor, perfect for recipes.

Early Girl is preferable in the cooler region of the state because they are resistant to low temperatures.

If you intend to plant late, the Roma tomato is a perfect choice because it only needs 50 days to mature before the first frost arrives.

What grows best next to tomatoes?

Lettuce is best to grow next to tomatoes because it can keep the soil moist.

Squashes like zucchini are also suitable for planting with tomatoes because their widespread foliage helps shadow the ground from heat, preventing soil drought.

However, keeping potatoes away from tomatoes is essential because either may take away nutrients the other needs.

Fruits like strawberries also shouldn’t go next to tomatoes as they are both at risk of verticillium disease and can spread it to each other.

The growing needs for tomatoes may seem strict after understanding when to plant them, but it’s absolutely possible to master caring for these plants. After all, millions of people cultivate them every year.

Maximizing the growing season of tomatoes while climate conditions are mild and before the first frost is ideal.. It will also give you healthy fruits during harvest time.

I hope this post about when to plant tomatoes in Oregon has answered your questions. If you find this helpful, don’t forget to share them with others!

As you know, each state has different conditions, therefore planting tomato plans as well. Here are some states you can refer to make the most suitable plan:

When to Plant Tomatoes in Oklahoma for Best Growth

When to Plant Pumpkins in North Carolina? (Best Time)