When to Plant Tomatoes in Pennsylvania? (Best Time in PA) 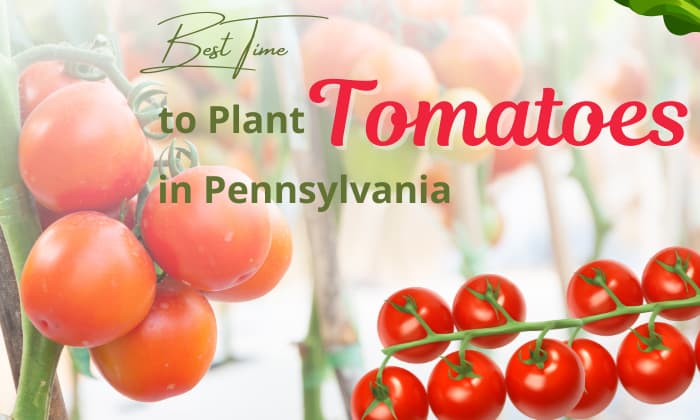 About 4,000 acres of land in Pennsylvania are used to produce tomatoes, and you, too, can grow this versatile crop in your very own garden.

In doing so, you must know when to plant tomatoes in Pennsylvania, as they are sensitive to frost and low temperatures often hamper their growth.

A good time to plant tomato seedlings outside would be from May 14 onwards, when the ground temperatures warm up and the threat of frost has passed in many cities in PA.

Tomatoes are warm season crops that thrive in temperatures between 70 and 80 degrees Fahrenheit. To ensure that they won’t be affected by frost, it is ideal to transplant them outdoors two weeks after the last frost passes in your city.

In Philadelphia, for example, the last frost is estimated to be on April 04. Counting back 6 to 8 weeks from this date, you can start your seeds indoors from February 07 to 21, then transplant them outdoors when the temperatures are warm enough, around two weeks after the frost passes or on April 18.

Tips on How to Plant and Care for Tomato Plants 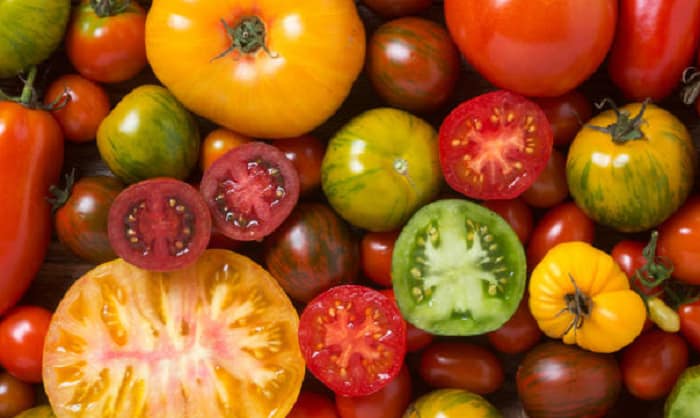 Growing tomatoes from seeds to harvest takes anywhere from 60 to 100 days, depending on the variety.

These crops are popularly grown in gardens and backyards as they are not difficult to cultivate and do not require complicated care. Below are some tips on how to plant tomatoes.

There are numerous tomato cultivars, but they are generally classified into two types: determinate and indeterminate varieties. When planting, it is best to check the tomato variety you will be growing to determine its care requirements.

These varieties are suitable for container gardening as they grow up to 3 feet tall only. Determinate tomatoes tend to produce fruits all at once in their growing season.

Indeterminate tomatoes are vining varieties that continuously grow and produce fruits throughout their growing season. Since they can get quite tall, they need to be staked. 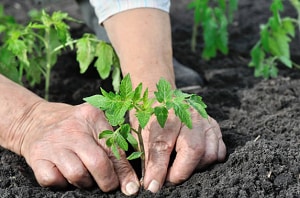 Choose a site that has full sun exposure as tomatoes need 6 hours of sunlight daily. They also need well-draining soil that is rich in nutrients.

Avoid planting tomatoes in areas where you previously planted other nightshade vegetables like peppers, potatoes, and eggplants to reduce the risk of soil-borne diseases.

3. Pay attention to the temperature and spacing

Sow tomato seeds when the soil is at least 50 degrees Fahrenheit, though 65 to 85 degrees would be ideal for germination.

When daytime temperatures are warm enough, about 70 to 80 degrees Fahrenheit, you can transplant your tomato seedlings outside.

However, before doing so, it is recommended to harden them off first, to allow the plants to adjust to changes in their environment. To do this, place the seedlings outdoors for a few hours each day for one to two weeks.

Then, plant the seedlings 2 to 3 feet apart. It is good to get them 5 to 6 inches deep into the soil to encourage the development of a strong root system.

4. Place Support for Your Plants

Your tomatoes will need support, especially when fruits are beginning to form. Staking, caging, or trellising are the most common methods employed by farmers and home gardeners to prevent the plant from toppling over due to its heavy fruits. 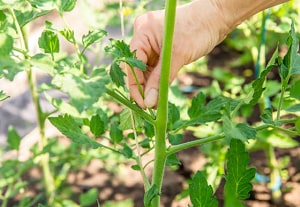 Tomatoes need about 1 to 1.5 inches of water per week. Watering early in the morning is recommended as it gives your plants their much-needed drink throughout the day while allowing excess moisture to evaporate.

Tomato suckers are new branches that form in between the main stem and another branch. While they are not harmful, they compete with the already established branches for nutrients.

Removing them allows the plant to focus its energy on growing and developing fruits.

What month do you plant tomatoes?

The right time to plant tomatoes outside would be anytime from mid-May up to early June, though some places will begin growing them in March or April.

You can start your seeds early to plant tomatoes outside as soon as the ground warms up, but be sure to check the estimated date of your city’s last frost and monitor the temperatures.

How long do tomatoes grow in PA?

Depending on the cultivar, tomatoes take anywhere from 60 to 100 days to grow and bear fruits. Each cultivar has its estimated growing period:

How to care for tomatoes?

Tomatoes are versatile plants, and they do not require a complicated care regimen. If you are looking forward to a bountiful harvest, be sure to provide them with the following:

How late can you plant tomatoes in PA?

Tomatoes take about 100 days from planting to harvest. When planting late in the season, it is important to take into account the first frost date in your area.

Pittsburgh, in western PA, for example, has April 30 as the estimated last spring frost and Oct 21 as the date of the first frost.

This makes Pittsburgh, Pennsylvania growing season about 173 days, and considering the time it takes for tomato plants to mature, the latest time to plant tomatoes in this city would be July 13.

Can I plant tomatoes in fall in PA?

Yes, you can plant late-season tomato varieties in fall. Transplant them around the third week of July to begin fruiting around mid-September. You can then begin harvesting before the first frost arrives.

What is the best tomato variety to plant in PA?

The best tomatoes to grow in Pennsylvania boil down to your preference, but here are some of the most recommended tomato cultivars for PA:

Tomato plants are adaptable crops that grow well in gardens and pots. When given proper care, these plants give back with an abundant harvest of plump, juicy tomatoes, and the trick to ensure that your plants will thrive is to know how and when to plant tomatoes in Pennsylvania.