When to Plant Tomatoes in South Carolina? (2 Seasons) 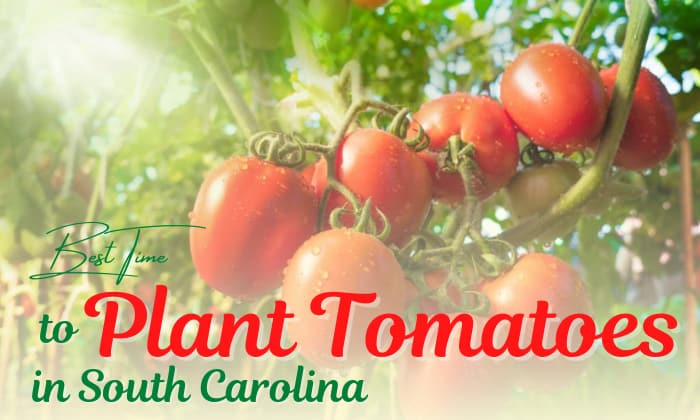 Because of the state’s warm weather at most times of the year, warm-season plants, including tomatoes, grow healthy on the land. No wonder the nation ranked as the 8th tomato producer in the United States from 2018 to 2020.

However, since the region experiences a few months of frost, the plants will struggle to grow during this period. That’s why knowing when to plant tomatoes in South Carolina is crucial to make them thrive at the proper time.

The tomato planting dates depend on every region. But on average, growing them from March to May is ideal for summer crops. As for fall harvests, the best time to plant tomatoes is mid to late July.

1. Plant tomatoes in SC in spring for summer crops 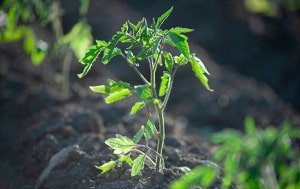 Every region in the South Carolina state has its own preferred time to plant tomatoes in the spring. In general, you can start growing this warm season crop two to three weeks after the last frost date, when the soil has reached around 65-85℉.

The Coastal Plain area has the earliest planting date, starting from March 25 to April 10. Don’t worry about the early starting date; as long as you stick to the advice above, your tomatoes are safe.

In Central SC, you can begin sowing Carolina tomatoes in the middle of spring, around April 5-25, because temperatures during this time are mild enough for planting.

Those who live in Piedmont have the latest planting date since they can only grow them in May.

2. Plant in July for autumn crops 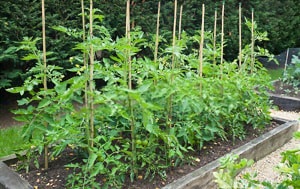 While it is not recommended to grow tomatoes in Piedmont during autumn, those who live in the Central part of SC have a chance to sow a second crop in July, around 10-20. As the first frost begins later in the Coastal Plain, you can plant tomatoes as late as July 25-30, depending on your county.

Now, if you are curious whether tomato planting is possible in August, the answer is “yes,” as long as the type of cultivar you choose can fully mature before the freezing period starts.

3. When the temperature hits the optimal range 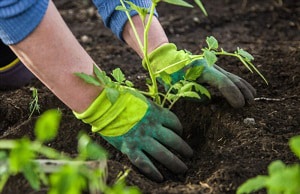 Whether you plant them in spring or fall, the growing season starts when the weather becomes mild, scaling between 70-80°F. Once this range comes, you can sow tomatoes on the ground.

Aside from that, tomatoes need warm soil to prosper, and a range between 65-85℉ is optimal. If this is not possible, make sure the temperatures stay within 50-95℉.

Preparing soil for tomatoes is also essential since optimal ground conditions can induce them to bear high-quality yields. Here is how you can ensure the soil’s temperature is ideal for planting tomatoes. 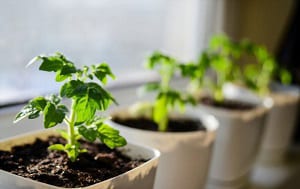 If you wish to grow tomatoes indoors, the planting time will be earlier than usual. This can come in handy if your tomato cultivar has a long growing time. In short, the planting calendar South Carolina guide is to sow them indoors 6-8 weeks before the last frost ends.

For example, if you want to plant tomatoes in Charleston, start the seeds around January 18 to 27 to grow them well before the last frost ends on March 1-10.

Once they have reached at least 5 inches and the outside temperatures have reached around 70-80°F, you can acclimate them to the outdoor environment before transplanting them.

Can you grow tomatoes year-round in South Carolina?

No. Since tomatoes are sensitive to frigid temperatures, growing them during the winter will be next to impossible.

However, you can expect ongoing harvests in a year if you plant indeterminate varieties until the freezing point ends their yielding season. Likewise, you can cultivate determinate tomatoes in case you want a quick harvest before the winter.

What is the best tomato to plant in South Carolina?

One of the best tomatoes to grow in SC is the Roma variety, which produces sweet and massive size yields. Aside from that, they can withstand many diseases and even pests.

Heirloom and Grape varieties are also favorites of many because of their delicious flavor and high tolerance to heat. The Early Girl is also worth your consideration because it can withstand low temperatures, which is ideal as a fall crop.

In addition, the Early Girl cultivar is friendly with other crops and doesn’t mind sharing space. So if you want some of the best fruits and vegetables to grow in South Carolina, plant them with this type.

Tomatoes are an excellent cultivar that gives us opportunities to grow them for two seasons: one in spring and another in autumn.

For successful planting, remember to sow them after the last spring frost, which usually happens in March. Alternatively, cultivate the plants in July for a fall crop. But if you plan to start early, grow seeds at least six weeks before the cold period ends.

Now that you know when to plant tomatoes in South Carolina, you can grow them anytime you prefer and still expect favorable yields at harvest time. Thank you for reading!