When to Plant Turnip Greens in Alabama? (Best Time) 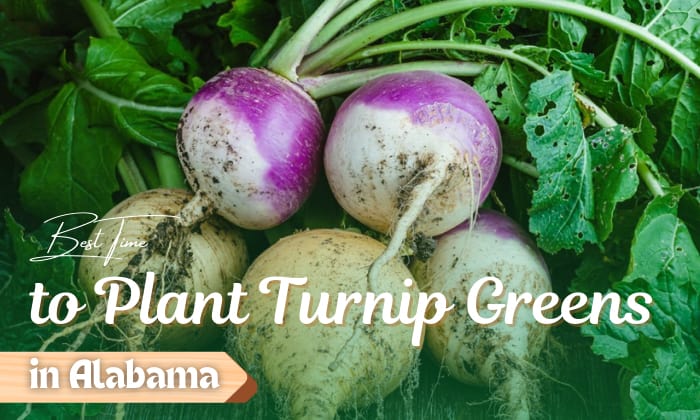 Turnips may not be as popular among consumers as the likes of potatoes and onions. However, that doesn’t make them any less healthy or delicious. Turnips are low in fat and rich in nutrients such as potassium and vitamin A, which are vital to our immune system and cardiovascular health.

If you’re wondering when to plant turnip greens in Alabama, the best time of year for doing so is around January 22 to April 11 or July 31 to October 11. Learn how to determine your gardening dates below.

When to Grow Turnip Greens in Alabama 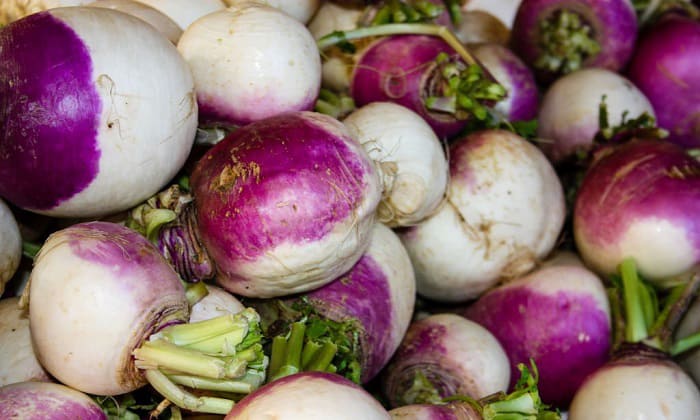 The best time to plant turnip greens is either spring or fall.

You don’t need to worry about cold weather during this period, as young turnips can withstand freezing temperatures down to 28 degrees Fahrenheit.

That said, don’t expect them to germinate if the weather isn’t at least 40 degrees. If possible, plant turnip green seeds under 50 to 65℉ for ideal growth and avoid exposing them to extreme heat of 90 degrees.

Either time frame will allow plant roots to establish themselves and mature quickly enough for a pre-winter harvest. At the same time, the turnips will undergo some slight frost exposure and become sweeter.

On the whole, turnip greens planting time will fall within the estimates in the intro, considering Alabama’s last frost is within February to April, while its first frost is in October to early December. 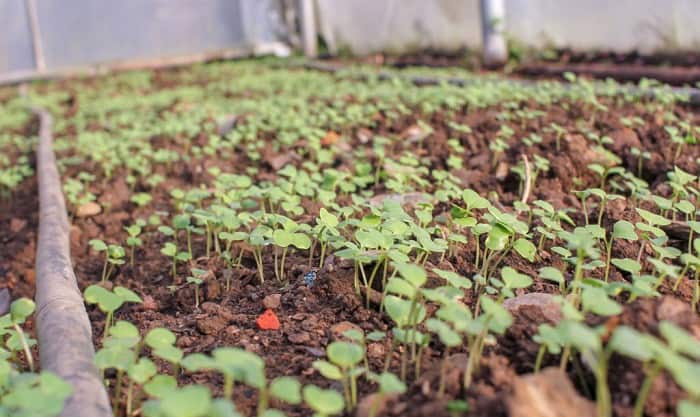 How long does it take for turnip greens to grow?

Most cultivars of turnip greens will mature in 30 to 50 days, with some varieties like Purple Top, Amber, and Gilfeather taking longer to grow (around 60 to 90 days).

What’s the best way to plant turnip greens in Alabama?

Before you plant turnips in Alabama, know that these crops don’t transplant well due to their sensitive roots. So, avoid putting turnip greens in a container if possible.

Instead, seed them directly into the garden bed at a depth of 0.5 inch in rows that are 12 inches apart. The distance between seeds and seedlings should be four inches.

If you’re in a position where seeding turnip greens in pots is unavoidable, do so in compostable containers. This will give you the option of safe transplanting later on, as you don’t need to remove the seedlings and inadvertently damage their roots.

Moreover, since Alabama is in the south, it pays to be mindful of its hot summers, especially when planting in the fall. Don’t sow turnips if the weather reaches 85 degrees or more. Rather, start gardening when temperatures are in the ideal range we mentioned above.

Usually, you can expect cooler weather in mid-September.

When to plant turnip greens in Alabama? The answer isn’t that complicated if you take into account the tips above.

At the same time, remember to give your plants sufficient water (one to two inches per week) and a suitable soil pH of 6.5 to 7.

If you do these things, your turnip greens will be in season for pretty much the entire year, save for two months or so.

Read more: The best time to plant turnips for deer.

When to Pick Eggplant? & How to Pick and Store Properly?

When Is the Best Time to Plant Lettuce in Ohio? 2023 Updated