When to Plant Watermelon in Texas for Optimal Growth 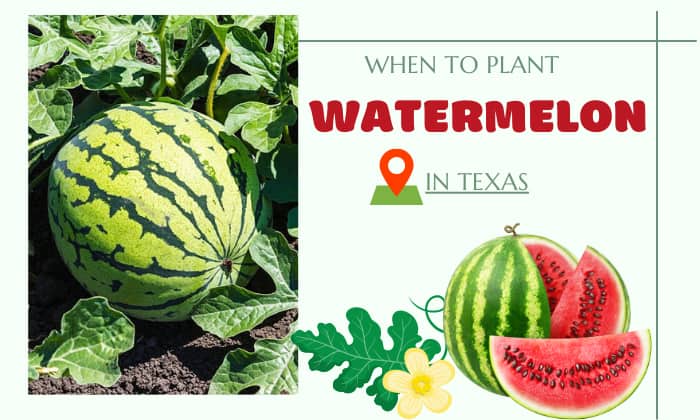 Watermelons are one of Texas’s top agricultural products, and if you live in the state, chances are you want to try your hand at growing them yourself.

After all, watermelons are perfect snacks for hot weather, and if you sow them at the right time, you’ll be able to harvest these fruits just before Texas summer arrives.

So when to plant watermelon in Texas? The best month for this is around April to July. 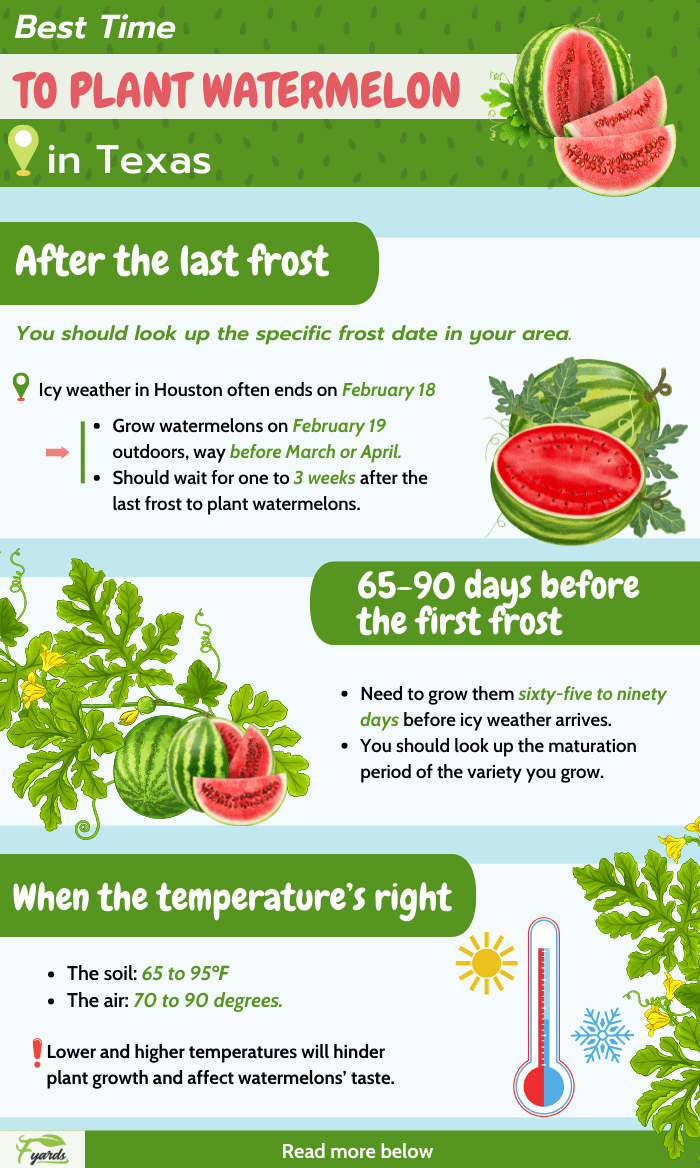 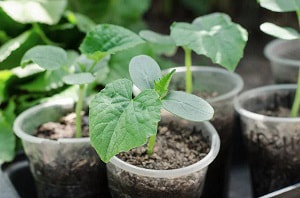 Watermelons cannot tolerate frost at all, so to grow watermelon successfully, you must plant them after the last frost.

In north Texas, this timeframe would be around mid-April, but for some regions of the state, such as in central Texas and in east Texas, people can start gardening earlier in March.

Therefore, it’s better to look up the specific frost date in your area than to rely on the estimates above.

Note that the above recommendations apply to outdoor gardening. You can sow watermelon seeds in containers indoors two to three weeks before the final frost, though it’s unnecessary to do so in Texas, where the growing season is long.

In fact, the watermelon season Texas may extend up until one day before the first fall frost. This is why you’ll see farmers harvest this fruit in May, in July, and even early October.

2. Sixty-five to ninety days before the first frost

Above, we’ve established that watermelons are harvestable up until the first frost. However, it’s necessary to grow them sixty-five to ninety days before icy weather arrives. Otherwise, watermelons will die before maturing to their full size.

Of course, it’s best to look up the maturation period of the variety you grow, as the above range is only a general estimate. For instance, Black Diamond watermelons need 90 days to mature, while the Crimson Sweet cultivar will finish growing in 80 days.

3. When the temperature’s right 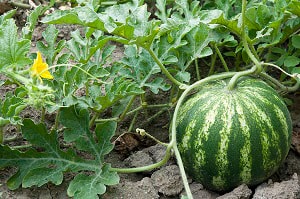 Whether you’re growing watermelon in Texas or elsewhere, it’s vital to give the plant enough warmth to develop.

In detail, the soil should measure 65 to 95℉ to facilitate germination, while the air should be 70 to 90 degrees. Lower and higher temperatures will hinder plant growth and affect watermelons’ taste.

How to Plant Watermelons? 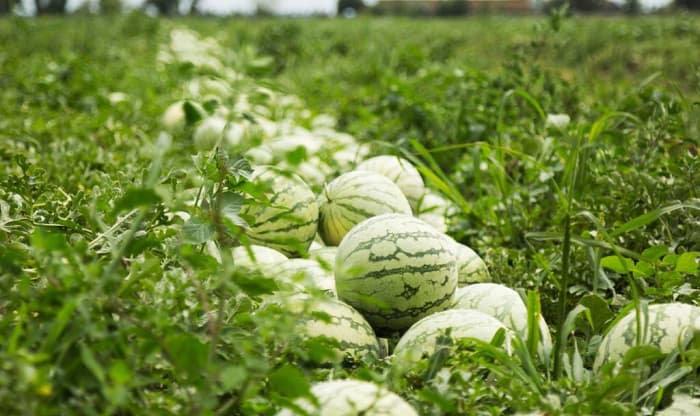 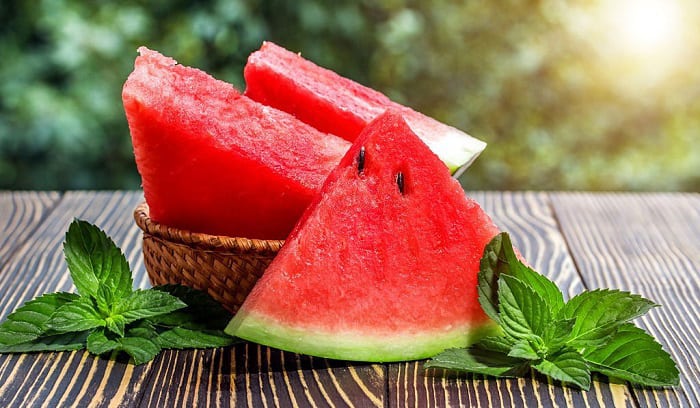 Do watermelons grow well in Texas?

Yes. Texas actually ranks third in the US for the production of watermelons. You’ll find this crop in many parts of the state, such as San Antonio, Brooks, Gaines, or the Rolling Plains.

How late can you plant watermelon in Texas?

As stated above, you should look up the first frost date where you live. Then, determine the maturation period of your plant variety (in days) and deduct that number from your first frost.

The result will be the latest date you can grow watermelons.

What is the best watermelon to grow in Texas?

Some of the best watermelons in Texas are: Sugar Baby, Yellow Doll, Crimson Sweet, Jubilee II, Sangria, Summer Sweet, Revolution, and Gold Strike, among other varieties.

How long do watermelons take to grow?

Watermelons can take about 70 to 100 days to develop, so if you have a short growing season, pick a cultivar that matures in about two months rather than three.

Hopefully, you now know when to plant watermelon in Texas. As long as you follow our tips, it will be easy to produce an abundance of watermelons, which you can collect come harvest time.

By then, you can make fruit cocktails, smoothies, and even popsicles for cooling down during those hot summer days.

Besides, if you are looking for the most popular vegetables that are planted in Texas. Don’t forget to visit our articles about the best time to plant tomatoes, strawberries, and bell peppers.