When to Plant Potatoes in Michigan? (Best Time Frames) 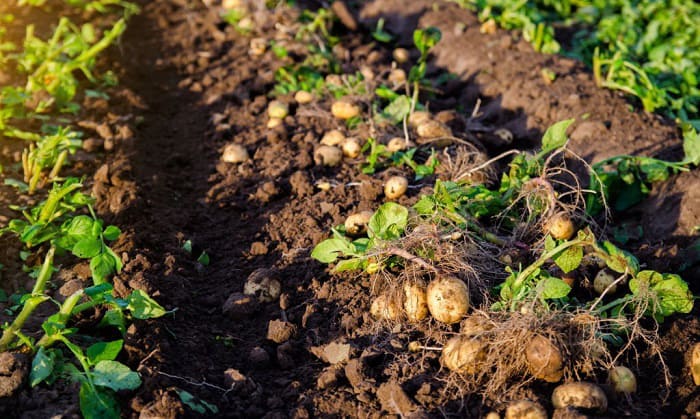 Michigan is known for having a cold climate, an ideal condition for growing potatoes. In fact, it’s the 8th super “tuber” producer in the US, with over 70 farms established, according to the Michigan potato report.

However, despite being one of the top dogs of potato production, the state still experiences hot summers and freezing winters, which are both harmful to many crops.

Therefore, knowing when to plant potatoes in Michigan is the key to maximum and efficient vegetable harvest.

Sow them after the last frost date in the spring, at a temperature of 65-85 °F, for the best time for planting. 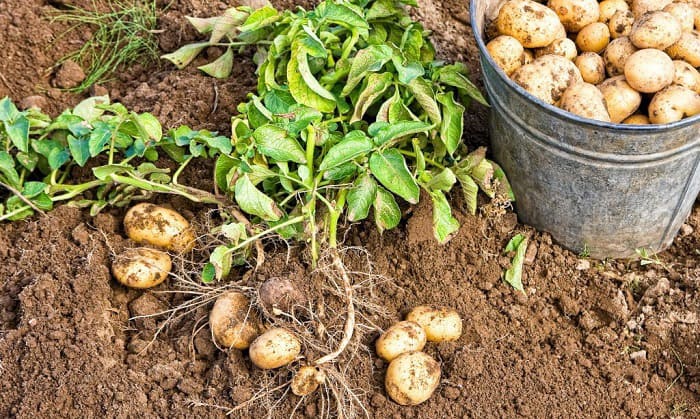 Although the famous vegetable is a cold-season plant that thrives well in cool weather, temperatures below 50𝆩F can still harm them and will make it difficult for them to survive.

For this reason, the best time to plant potatoes outdoors is after the last frost date in your region to ensure that temperatures are favorable for their growth.

This is why the start of the potatoes planting season takes place in the spring when the weather is still cold, but the risk of frost is no longer present. In this season, you can also plant other plants, click to learn more about the factors that affect tomatoes and grass seeds when you plant.

Thus, if you live in Ann Arbor, for example, sow your seeds around May 17, two weeks after its average last frost date of May 3, to ensure that there will be no frost extensions.

However, if you live in Michigan plant zone 6a or 6b, where the climate is warmer, you can sow them in September in fall for a winter crop.

2. Sow Potatoes at a Temperature Between 65-80°f During Daytime

The optimum daytime temperature for planting potatoes is between 65-80°F to encourage healthy growth.

More so, it is essential to sow them in the proper soil conditions, where the temperature is more than 45°F but not exceeding 80°F. Ideally, the soil’s temperature should range from 60-70°F.

Whereas humid soil stops forming potatoes, a dry ground will prolong their germination date and impede their growth. Similarly, hot ground can wound your tubers, but cool and soggy soil can also cause your seed potatoes to rot.

To avoid these risks, here are some helpful tips: 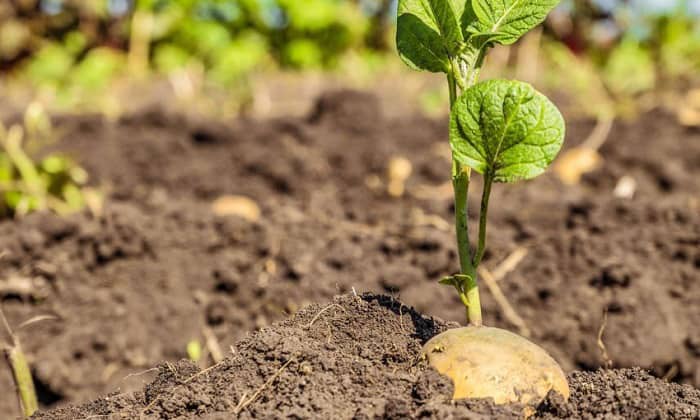 Follow these steps for the different planting methods on how to grow potatoes.

2. Planting Potatoes in a Container

It is essential to know that sweet potato differ from the cultivar we have been discussing.

Potatoes are a stem tuber, whereas the sweet ones are a root tuber. That’s why when you plant sweet potatoes, it has a different planting method in which they grow from slips and not from the seed.

What month do you plant potatoes?

The usual growing season for potatoes in the United States is between March and early April. However, in Northern Michigan particularly, it’s best to plant them at the end of April or the opening of May because of the state’s favorable climate during this time.

What are the best potatoes to grow in Michigan?

Although the Russet variety is the most used in the nation, Round White, Red, and Yellow Flesh varieties are also some of the best potatoes for Michigan gardeners.

They have an all-around application in many cooking styles because of their solid texture and taste, which are ideal for various recipes.

How long does it take potatoes to grow after planting?

The early potato cultivar only needs 90 days to mature, while the Mid-season type requires at least 100 days before harvest.

Meanwhile, the Late potato variety needs 110 days to grow. This kind germinates best in warmer climates where they have extensive growing seasons.

Potatoes are usually ready to harvest in July through October in Michigan. But to be more specific, when the foliage dies, prepare to pull them out because they have reached full maturity.

There are two indications that can help you tell when to plant potatoes in Michigan: after the average last frost in spring and at a mild temperature.

Sowing your seed potatoes during these times encourages proper growth and saves them from frost risk. However, if you somehow live in a warmer area, you can plant them later in the year.

Hopefully, after scanning through this post, you’ll be able to sow potatoes at the proper time and soon harvest robust yields. Thanks for reading!