When to Plant Pumpkins in Georgia? (Best Month in 2022) 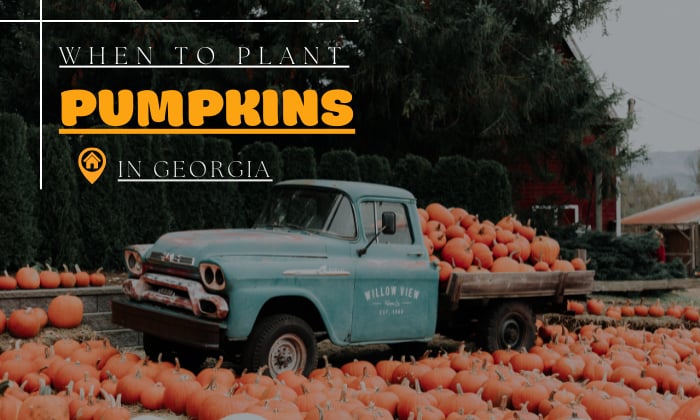 As Halloween approaches, the sight of jack-o’-lanterns becomes more common everywhere across the United States. If you live in Georgia, perhaps you’ve considered visiting a farm or orchard to pick pumpkins and celebrate October 31.

But have you considered doing so without leaving your home? If you know when to plant pumpkins in Georgia, it’s certainly possible to give your residence that Halloween spirit.

In short, the best time to plant pumpkins in GA is around May 15 to July 1. See more tips on cultivating them below. 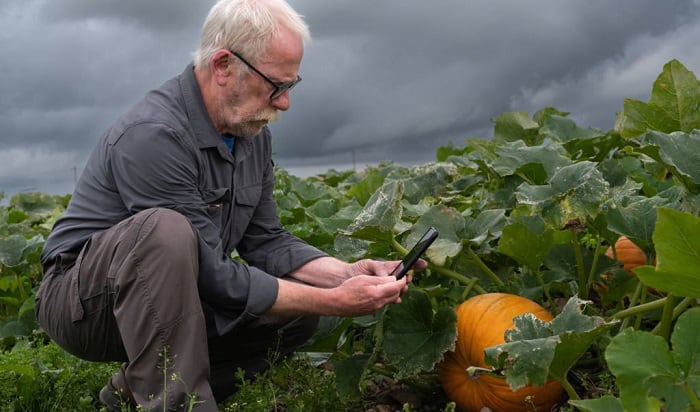 Though you now know the optimal period for planting pumpkins, it pays to learn the rules that dictate their gardening calendar. Such information can give you more flexibility with your time.

In practice, it’s okay to plant pumpkin seeds after the last frost. Hence, you can even grow them in March or April instead of in July or May, as long as the weather in your locality warms up sooner.

Alternatively, growing pumpkins six to eight weeks before the final freeze is possible, provided that you put the plants indoors.

Pumpkin Problems and How to Control Them 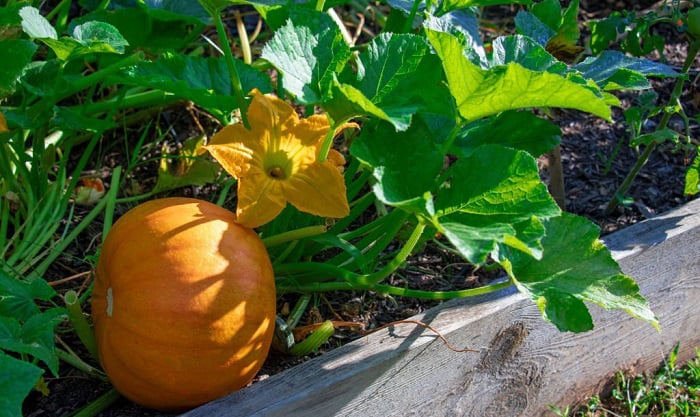 Some common growing pumpkins problems you might encounter are fungal disease, mildew, and viral disease, among others. We’ll discuss some of these issues below and offer tips to help you care for your pumpkins.

Powdery and downy mildew are some of the conditions you need to know about. The former manifests as white or brown spots on the leaves and stems, while the latter appears as yellow and gray spots on the top and bottom foliage, respectively.

Both mildew types can cause pumpkins to wither and die, so it’s vital to control them.

Fungicides that can treat powdery mildew are chlorothalonil, Microthiol Disperss, and JMS Stylet-oil. For downy mildew, you can use either mefenoxam or chlorothalonil.

It’s also wise to grow disease-resistant varieties, such as Alladin and Scarecrow pumpkins for powdery mildew and Orange Bulldog for downy mildew.

In addition to following these measures, vary the location of your pumpkin patch every year and place it far from other cucurbit or diseased plants. 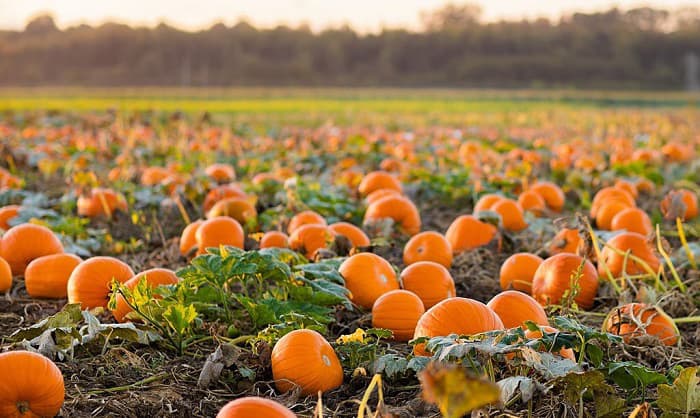 Do pumpkins grow well in Georgia?

The Peach state is not the best place for growing pumpkins, as its high humidity makes them susceptible to fungal disease.

In fact, most of the state’s pumpkins come from north Georgia, while in the south, hotter nights and temperatures make these crops less likely to bear fruits.

How long does it take to grow pumpkins in Georgia?

It usually takes three to four months for pumpkins to finish growing. That said, you should look up the maturation period of your cultivar for accuracy. Below are some common pumpkin varieties for Georgia and the time they need to mature:

How late can you plant pumpkin?

Note down the maturation period of your plant variety (in days) and count backwards from your first frost. The result is the latest date you can grow pumpkins.

To illustrate, suppose your first frost is on November 21 and you want to grow Bumpkin pumpkins. In this case, you’ll need 85 days for planting, so the latest seeding date will be August 28. As you can see, gardening in August is possible here, but in September, it isn’t.

You should keep this guideline in mind if you grow pumpkins for fall harvest.

When to plant pumpkins in Georgia for Halloween?

When growing Halloween pumpkins in Georgia, it is best that you sow seeds in mid-May or by the end of July at the latest. Since pumpkins will mature in 90 to 120 days, planting them within this timeframe will ensure a timely harvest in October.

How many pumpkins per plant can I expect?

Two to five pumpkins per plant are the most common, but you have to check your cultivar to be sure. For example, Baby Bear pumpkins will produce five to eight fruits for each plant, while Howden Biggie ones will form one to two fruits only.

Whether you grow white pumpkins, red pumpkins, or blue ones, we hope you found the information here helpful.

Just note down your frost date and follow our guideline, and you’ll know when to plant pumpkins in Georgia immediately.

If you like this article, please share it with other people as well. Have a nice day!

Besides pumpkins, you also can refer to plant other vegetables like tomatoes, strawberries, or collards.