When to Plant Watermelon in Florida for Best Growth? 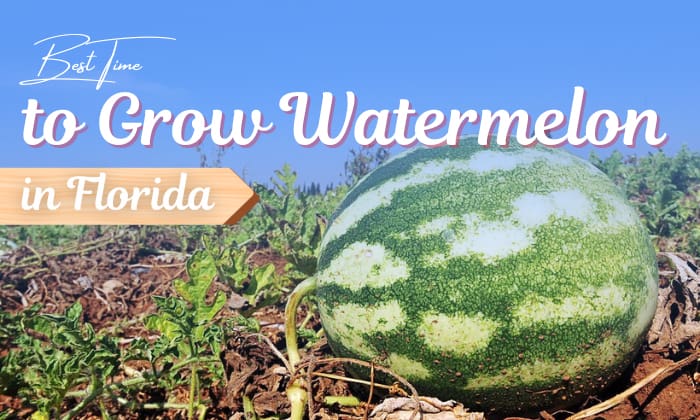 Florida is a top watermelon producer in the United States, and it’s not hard to see why. The state’s subtropical and tropical climate suits this warm-season crop, allowing it to grow in both spring and winter.

Hence, if you live here, you may be interested in growing watermelons yourself. But when to plant watermelon in Florida?

In short, it’s best to do this task from December 15 to March 1 in south Florida. In central Florida, the watermelon season start exactly one month later, from mid-January to March 15, while in northern regions of the state, a planting time of February 15 to April 15 is best.

Note that a second gardening season is possible in July to September. Read on for more details.

When to Grow Watermelon in Florida 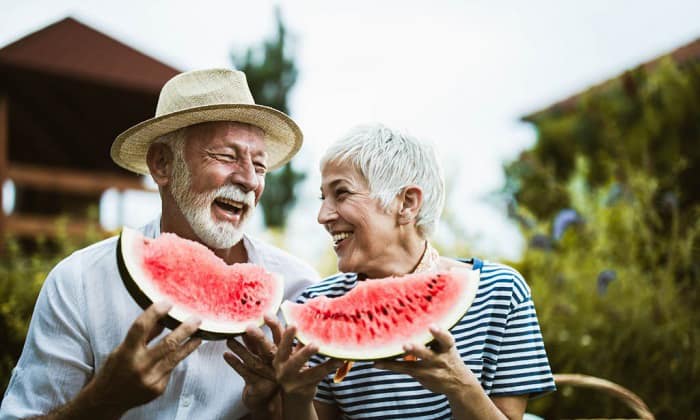 Now that you know what time of year to plant watermelons in, you can narrow down your outdoor gardening date by counting forward one to two weeks from the last frost.

Though it’s possible to grow watermelon from seed in containers two to three weeks before the final frost, it’s unnecessary to do so in Florida.

If you wonder why, the gardening season here is long enough for crops to mature, even without a head start in indoor planting. Take Jacksonville in north Florida, for instance. It has a growing season of around 311 days, almost an entire year.

2. Before the first frost

Watermelons grow best under a temperature of 70 to 85℉, and you should sow them when the soil is within the range of 65-95 degrees.

If subjected to frosty weather, these plants will die, so it’s vital that you allow them to mature and harvest them before freezing temperatures arrive.

To determine a good time to plant watermelon, look up your first fall frost and deduct from it the maturation period of your cultivar.

Best Varieties of Watermelon to Grow in Florida 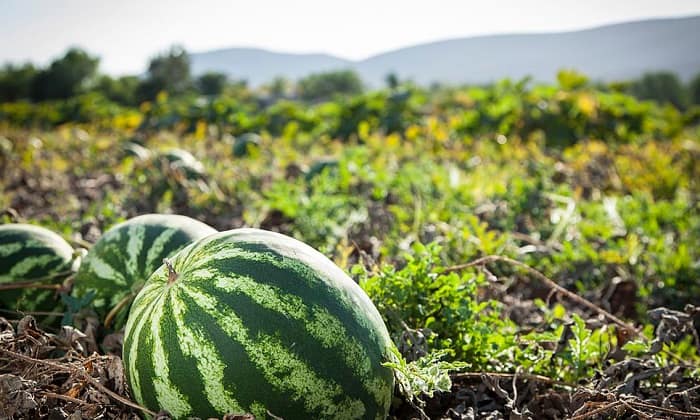 Now that you know the best time to plant watermelon, check out some of this fruit’s varieties for Florida. I’ve also listed their maturation periods so that you can pick cultivars according to your gardening calendar.

For example, if you want harvests to be possible on July 15 and it’s already April, it’s necessary to seed watermelons on April 16 or 26 at the latest (assuming your plant will mature in 80 or 90 days).

In this case, any of the plants below can be the best watermelon to grow in Florida.

Can you grow watermelons year-round in Florida?

When is watermelon season over in Florida? If you live in southern areas of the state like Fort Lauderdale, Miramar, or Coral Springs, where frost is practically non-existent, you can grow watermelons pretty much all year.

Otherwise, the watermelon season Florida has will end in November to January.

How long does it take to grow a watermelon in Florida?

Usually, it will take about 80 to 100 days or around three to four months to grow watermelons. You should look up your cultivar for an accurate estimate.

Do you need to prune watermelon?

Pruning watermelons is not necessary, but it can be beneficial. To be specific, removing excessive vines can result in fewer but bigger fruits, as the plant won’t have to distribute its nutrients across too many shoots.

Ideally, you should keep two to three fruits per vine only, and cut out watermelons that are diseased or lacking in appearance by trimming their stems.

Whether growing watermelons in Florida or elsewhere, use disinfected shears for pruning to avoid giving your crops foliar and viral disease. Additionally, only carry out this process when the plant is dry to limit infections.

By now, it should be obvious when to plant watermelon in Florida. Just keep in mind the guideline we shared above, and remember to give your plants at least one inch of water per week.

If you have any questions about growing Florida watermelons, we’ll be happy to answer them. Have a nice day!