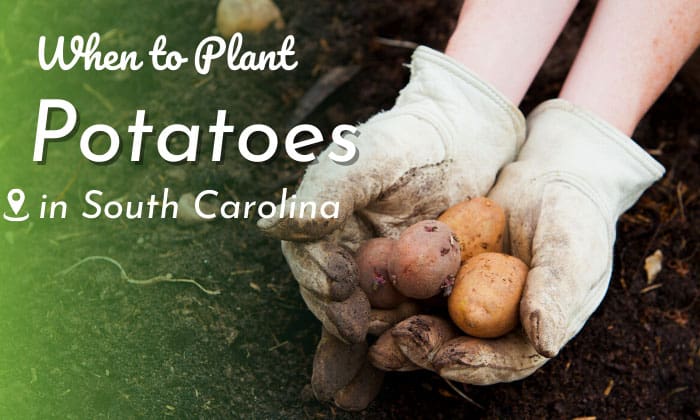 Cool-season potatoes are popular for their many uses. Like how potato production is growing in Eastern Cape of South Africa, South Carolina gardeners take the chance to plant them also, although the region is known for being a hot state.

For this reason, learning when to plant potatoes in South Carolina is crucial.

The best time to plant them is around February 1 – March 31 in the Coastal region and March 15-April 20 in the Piedmont, when the soil temperature is 45-50°F. 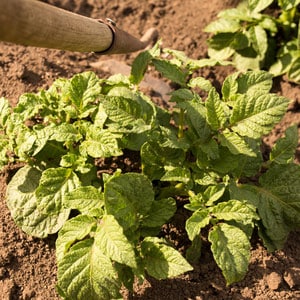 Potatoes are the type of crop that thrives when the climate is quite cool but not freezing. For this reason, the perfect time for growing potatoes in South Carolina is around late winter to spring.

However, planting them in the fall is not the best time and may expose them to risk of pest infection. Therefore, knowing what month to sow them is crucial.

As a general rule of thumb, the planting calendar for states in the south, like South Carolina, starts at least two weeks before the last frost.

That is around February 1 – March 31 in the Coastal region and March 15 – April 20 in the Piedmont, similar to the growing window in North Carolina, where people sow potatoes in March.

Here are more examples of South Carolina frost dates. Suffice it to say, your tubers should mature long before the first winter freeze.

Potatoes can grow in many regions, from hardiness zone 3 to 10. They do well in South Carolina since zone 8 covers most of the state, while zone 7 and 9 span some of it.

However, it is crucial to watch out for the proper soil temperature when growing them, as they prefer a specific range. Thus, when can you plant potatoes?

The potato planting time begins when the soil is around 45-50°F, which encourages ideal tuber development. Therefore, wait until the soil reaches this scale before you plant sweet potatoes.

Contrariwise, planting them when the weather is under 40°F or at 95°F can hinder proper root growth throughout the potato season.

Read more about the best time to grow Potatoes in other states like Florida, Pennsylvania and North Carolina,… 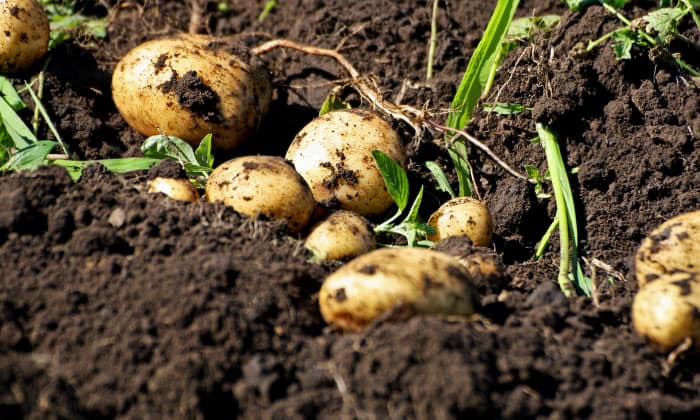 Irish Cobbler is one of the best potatoes to plant in South Carolina. They grow well in zones 4-9 and have excellent taste.

If you want to produce red potatoes, Red Pontiac is a perfect variety since it grows through the state’s zones of 7-9, has a delicious flavor, and can be stored well.

White-skinned Irish potatoes like the Kennebec, which are common in the Piedmont, are also excellent for growing in SC because of their adaptability and varied uses for frying, baking, and other processes.

How long does it take to grow potatoes in South Carolina?

Potatoes will most likely need 100-120 days to grow, depending on the variety. Once they reach maturity, you can harvest them using a garden fork and store them at a temperature of 40-50°F.

What is the best companion plant for potatoes?

Onions are the best companion for potatoes because they protect them from insects by repelling them with their pungent smell.

Growing kale in South Carolina along with your potatoes is also ideal because they only need limited space and will not hinder the potatoes from getting sufficient nutrients.

However, it is essential to not plant them with carrots because these crops will compete with each other. Also, carrots need less water, which is different from potatoes because they like moisture.

Even with only one gardening season for potatoes, growers in South Carolina can produce delicious and healthy tubers, as long as they start their crops at the right time.

Therefore, sow potatoes from February through April, depending on your location. And wait until the soil reaches at least 45°F.

Hopefully, you found this post about when to plant potatoes in South Carolina helpful. If you do, give us a vote! Thank you!

When to Plant Strawberries in Alabama? Things to Know!