When to Plant Pumpkins in Indiana? (Best Time in 2023) 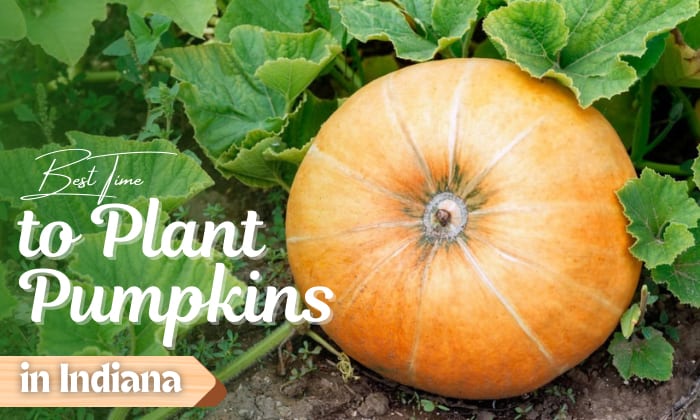 Indiana is a great place to live if you want to grow pumpkins successfully. Every year, the state produces around 6,000 acres of the fruit, thanks in part to its warm climate and frequent rainfall.

But even with these favorable conditions, gardeners must know when to plant pumpkins in Indiana, as a dry summer can reduce yield or prevent germination altogether.

If you’re planning your pumpkin patch in the Hoosier state, the ideal growing time is approximately April 20 to June 15. Read below for more info on the gardening schedule.

When to Grow Pumpkins in Indiana 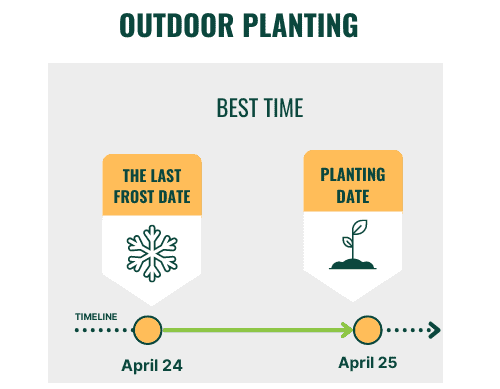 The best pumpkin planting time is after the last frost.

As for why, spring weather is warm enough for pumpkins but not so hot that the seeds will die or fail to germinate.

One advantage of spring planting is that crops have time to establish before the heat wave in July or June, which often accompanies drought that blunts or stops growth. In some cases, the temperatures during these months will be so high that reseeding will be necessary to replace lost pumpkins.

So, to mitigate these problems, look up the final frost where you live and follow our guidelines.

Suppose you live in Elwood, Indiana, whose last frost falls on April 24; you can plant pumpkin seeds outdoors from April 25 onwards. 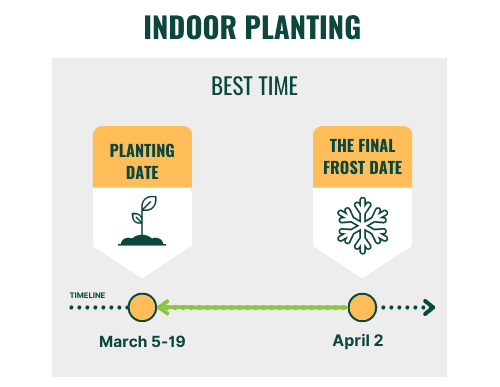 Note that gardeners with indoor yards can sow pumpkins in containers two to four weeks before the last frost.

If we use Evansville in southern Indiana as an example, seeding pumpkins is possible from March 5 to 19, way before the region’s final frost of April 2.

And because pumpkin maturity time is three to four months, these dates will allow for fall harvest. 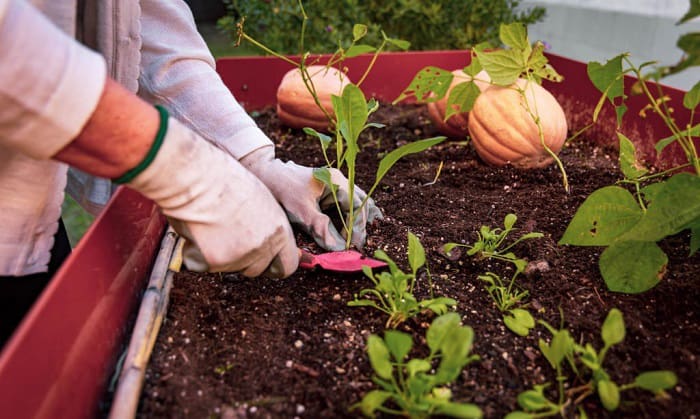 What are the best types of pumpkins to plant in Indiana?

As Indiana comprises hardiness zones 5b to 6b, here are some pumpkin varieties it can accommodate:

How late is too late to plant pumpkins in Indiana?

Your pumpkins should be mature and harvestable before the first frost date. Given that Indiana welcomes its first frost on October 4 to November 2, if we use 100 days as the maturation period for pumpkins, the latest time for sowing will be June or July.

Suffice it to say, you should prepare pumpkin seeds for planting in early summer at the latest. Gardening in August is impossible, unless your cultivar matures in 75 days and frost won’t arrive until mid-October.

On the whole, don’t delay your gardening. Plant pumpkins for Halloween from late April to mid-June.

How much space do pumpkins need to grow?

In caring for pumpkins, give each vining plant 50 to 100 square feet to grow. If you place them too close together, there will be fewer nutrients for each crop, leading to smaller fruits and stunted development.

Lastly, if your pumpkins are in hills, go for 8 feet of spacing to be safe.

Determining when to plant pumpkins in Indiana is straightforward. Just look up the frost dates where you live and grow them under a temperature of 60 to 100 degrees Fahrenheit, with 70-90℉ being the optimal range.

At the same time, give the cucurbits an inch of water per week and a soil pH of 6 to 6.5. If all goes well, you can expect a harvest in September or in October, just in time for Halloween.

Have you narrowed down what time of year to plant pumpkins yet? Let us know in the comments below.

Best time to grow in other states:

When to Plant Potatoes in Arkansas? (Best Time in 2023)

When to Plant Pumpkins in Georgia? (Best Month in 2023)